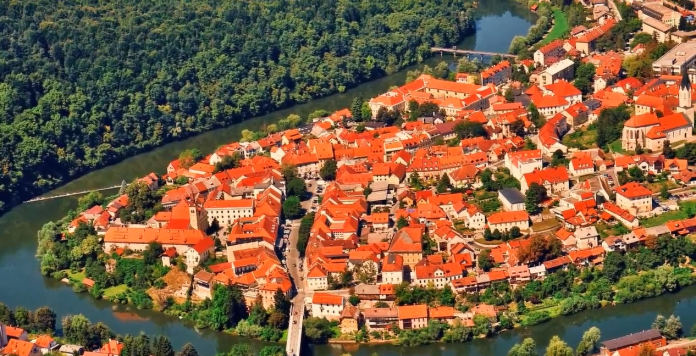 After 30 years, the Slovenes acquitted Dragomir Grujović, a retired captain of the first class, of the accusation that he committed a war crime as a member of the Yugoslav People’s Army in 1991. This finally confirmed that this now 60-year-old Čačanin, as an officer, and his 33 others were only defending a military unit, determined not to allow the military warehouse of Mokronog to fall into the hands of renegade Slovenian territorials alive through them. Budo Simonović, our associate and author of this feuilleton, then as a reporter for “Ilustrovana Politika”, was the only journalist who reached the barricaded soldiers in Dolenjska in 1991.

Božo Knežević and his team from Jutel returned to Zagreb the same evening, and I stayed in Novo Mesto in complete uncertainty whether I had traveled so much in vain and exposed myself to such dangers. The next day at dawn I went to a nearby factory, picked up the vehicle without any problems and got test plates and papers. I parked it, just in case, away from the blocked gate of the barracks, in front of which a civilian ramp was set up under the control of the territorials.

When I went to Commander Bogicevic, he had just talked to Sergeant Dragomir Grujovic and persuaded him to receive me when I had already left Podgorica, that it would be good for him and his soldiers, but also for the Yugoslav People’s Army in general – that the world finds out the full truth of what is happening in Slovenia and what they are all about, what pressures the members of the Yugoslav army are exposed to. He didn’t even want to hear – I could clearly hear his raised and excited voice from the receiver.

While the calm regiment Bogicevic was trying to appease the obviously upset sergeant Grujovic to the extreme, to calm him down and persuade him to take me for a conversation and allow me to enter Mokronog’s warehouse, a middle-aged civilian appeared at the door. Bogicevic suddenly simply exclaimed and told Grujovic:

– Here, Captain Jože is entering my house, they released him from prison, I will send this journalist to come to you with him!

I then find out that it is Jože Peček, a first class captain in civilian clothes, employed in the Mokronog warehouse, a resident who was arrested as soon as he left the warehouse, which Grujović turned into an impregnable fortress. He was kept in custody in Novo Mesto for a week, and as soon as he was released, he came to report to Commander Bogicevic.

Grujović simply did not believe that Jože was alive at all until he heard him, and then he agreed to receive me only if I came with him. After that, everything went easier. Since I visited some other similar warehouses of weapons and ammunition in the vicinity of Novo Mesto by noon, which the army also defended at the cost of their lives, Captain Jože and I finally set off for Mokronog, some thirty kilometers away. We passed without any problems, because the test plates on the cars obviously did not arouse any suspicion among the passing patrols of the police and territorials.

At the place where the path of the wooded hill above the village of Mokronog, where the warehouse is located, turns off the main road, a ramp set up by the police was waiting for us. Since there was no patrol nearby, we ran over small plants in a car and bypassed the ramp. It wasn’t until much later that I was overwhelmed with fear when I thought about what would have happened if a mine had been placed next to the ramp, which would not be a surprise in such occasions and atmospheres. Fortunately, we were not punished for such carelessness.

We soon found ourselves in front of a high blue metal gate next to which machine-gun nests with well-buried and masked crews were fortified on the hills on either side.

In front of the barracks

As soon as Captain Jože appeared in front of the gate of the military warehouse, a soldier ran in full military equipment and opened the gate. In front of the barracks we were greeted by a young sergeant, a Croat, Dejan Kovacevic, and introduced to Grujovic, who was not allowed to pray from the barracks, because they were afraid of snipers from the surrounding heights, and such a stout team, missed and without a sniper.

Grujovic is not was the only one

Apart from Dragomir Grujović and the warehouse in Mokronog, there were several other similar military facilities in Dolenjska that their guards did not want to hand over at that time, even at the cost of their heads. Such was the case with the warehouse in Grosuplje, and especially with the warehouse of rocket ammunition in Poganci near Novo Mesto, which I visited on that occasion. The young captain Matija Lešnjaković, a native of Valpovo, defended the warehouse with his unit:

– If anyone tries to endanger the lives of our people or the safety of this facility, we will not hesitate. And the older residents of Novo Mesto and this part of Dolenjska remember well what happened here in 1965, when, by accident, there was an explosion in one of the warehouses. Even today, at the place of the explosion, there is a crater 80 meters wide and about 40 meters deep, and that, in terms of danger and strength, is not even a part of what exists here now – Captain Lesnjaković warned.

Tomorrow – Remembering the feat of Dragomir Grujović (3): Half an hour