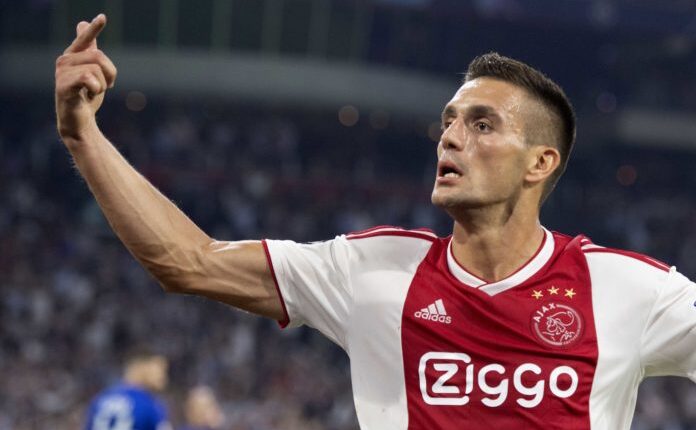 Ajax drew a point in the 92nd minute in Eindhoven against PSV (1: 1), with a goal by Dušan Tadić from the penalty spot.

Previously, Dumfries played awkwardly with his hand and took three points to his team. PSV players tried to “get into Tadic’s head” before he shot the penalty, because they insulted him before taking the penalty.

#Eredivise | What a commitment!
Dusan Tadic had to take this penalty in the hour for Ajax to draw against PSV Eindhoven (first against second) and keep the difference in the position table. Pic.twitter.com/78lzVoelJj

– I took the ball to take the penalty and Dumfries and several other PSV players approached me. Dumfries told me that I was a drunk, that I was an idiot, that I was no leader and that I would miss a penalty. When I scored, what could I do? To thank him for calling me a drinker? No, I’m not like that. My mentality is different. I told him the same thing he told me – Tadic said in a statement after the game.

“Do I have to say thank you, I’m a pussy?” pic.twitter.com/DHbDw2XYPE

The basketball lasted after the goal, and the journalist asked Tadić if he mentioned Dumfries’ mother.

– Dumfries? I didn’t mention his mother. I did not say a word about her – said Tadic.

I do not perceive why he refused the polygraph