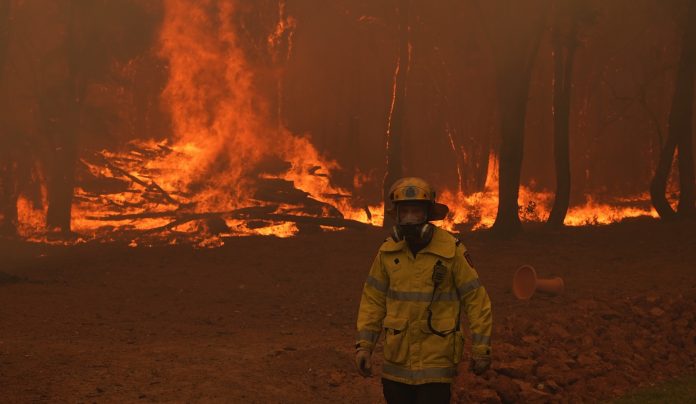 Penalties of local weather change (1): A purple alarm is ringing!

Climate change in recent decades has been a hot topic everywhere in the world, and all indications are that this scourge was directly caused by humans. Hot days during the summer last longer than any living person remembers, rains are more abundant, and forests disappear under the invasion of insects that like heat. Tornadoes, storms, thunderstorms and volcanic eruptions have become more frequent than science could have predicted, so we are increasingly afraid of what awaits us in the future. The fires have been raging for weeks and cannot be brought under control.

The fire that devastated Greece was frightening, and Greek Prime Minister Kyriakos Mitsotakis blamed the “climate crisis” for the fires. At the same time, the United Nations published a large report stating that due to human activity, extreme weather conditions are becoming more frequent. The largest heat wave in Greece in the last few decades, accelerated by strong winds, has caused about 580 fires across the country since the end of July. They are most intense on Evia, where new fires are constantly breaking out, so there is no end to the horror.

– The fire was our destiny, no one could put it out – Vangelis Kacaros resignedly told the BBC
, whose farm was engulfed in flames.

And Turkey was on fire, and a glowing ball swallowed everything in a row. If we do not reduce greenhouse gas emissions as soon as possible, the situation in the world with extreme weather conditions will become even worse.

While the Balkans were burning from extreme heat at the beginning of the summer, floods drowned Germany and Belgium. In June, an unprecedented heat wave in the Northwest Pacific killed hundreds of people and broke records in Oregon, Washington and Idaho. Canada set a new national record when a city in British Columbia jumped to 49.6 degrees Celsius.

The past five years have been the warmest since 1850. The recent rate of sea level rise has almost tripled from 1901 to 1971.

Human influence is “very likely” (90 percent) the main driver of the global retreat of glaciers since the 1990s and the reduction of the Arctic sea ice cover. “It is practically certain” that heat extremes, including heat waves, have become more frequent and intense since the 1950s, while cold periods have become rarer and less severe…

These are just some of the most important facts from the Report of the United Nations International Panel on Climate Change (IPCC), published three months before the COP26 conference in Glasgow, at which world leaders will discuss the fight against climate change.

– This report is a red alarm for humanity. If we join forces, we can prevent a climate catastrophe. This is a clear sign that we have no time to waste, no excuses. I am counting on world leaders and all other factors to ensure that the COP26 conference is successful – said Antonio Guterres, UN Secretary General.

One of the authors of this report, Professor Ed Hawkins from the University of Reading in Great Britain, pointed out that scientists could not be safer – it is unequivocal and indisputable that people are leading to the warming of the planet.

Even today, the theory of our world-renowned expert Milutin Milanković, from the beginning of the 20th century, is recognized, in which it is said that climate change will occur due to a change in the inclination of the Earth’s axis of rotation. According to that theory, the period of global warming, ie the rise in temperature, will last for another 500 to 1,000 years, and then a gradual drop in temperature will follow.

Continued global warming, if it is above the threshold of 1.5 degrees and reaches two degrees Celsius, will affect the extreme heat that could endanger an additional 420 million people on Earth, experts of the Interstate Panel on Climate Change (IPC) warned.

According to the draft report, 80 million more people will be at risk of starvation by 2050.

Putin Blasts US, West Over NATO Earlier than Serbia Go to | Voice of America

By the tip of June, the brand new Danube freeway