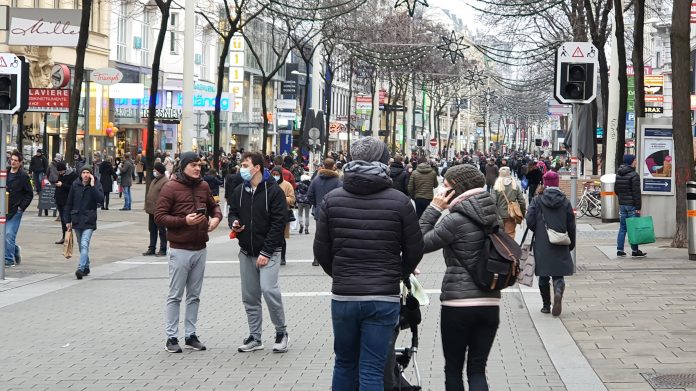 Greater than three million vaccinations have been carried out in Austria

In Austria, the vaccination process, which started very slowly due to the absence of planned deliveries of vaccines, gained momentum and more than three million vaccinations have been carried out so far.

As of March 30, according to a statement from the Austrian Ministry of Health, 1.4 million vaccines have been given, more than 46,000 a day.

Currently, more than 66 percent of people over the age of 65 have been vaccinated.

The share of those vaccinated at least with the first dose to the total number of adults has also increased significantly to 30 percent, said the Minister of Health, Wolfgang Mikstein.

– April showed us that we can improve the speed of vaccination if we have enough vaccines. In May, we expect the delivery of about half a million vaccines a week. This would clearly increase the pace of vaccination. In June, we will receive up to 700,000 doses a week – said Mikastein.

The Minister emphasized that the third phase of vaccination will begin in May, which will cover wider layers of the population.

Vaccination will also start in mid-May in companies.

– With that, we will reach our vaccination goals to vaccinate everyone who wants it by the summer. That 70 percent of the population is ready to receive the vaccine is a realistic scenario, if we all cooperate. In June, we will have more vaccines for the first time than there are ready for vaccination – said Mikstein.

He emphasized that the vaccine is crucial in the fight against the pandemic and that it can restore freedom to citizens.

The thriller and curse of the outdated oak in Takovo: The tree “predicted” all of the disasters of Obrenović, and right here is the way it “PREDICTED” THE WAR IN THE FORMER YUGOSLAVIA

A struggle of nerves over a brand new European fighter jet