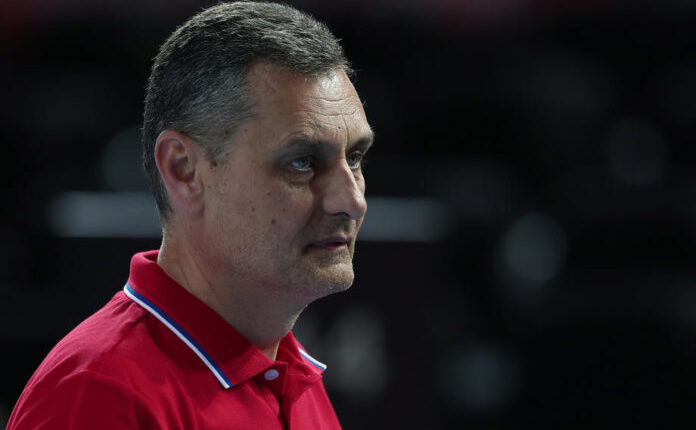 The women’s volleyball national team of Serbia was defeated by Brazil with 3: 1 in the fourth match of the group stage at the Olympic Games in Tokyo, and this defeat especially hit the selector Zoran Terzić, who could not hide his anger after the match due to poor efforts of his girls.

The current European and World champions got a “cold shower” at the best possible moment, since the defeat by Brazil will not harm them in the placement in the next round of the competition, and it will come in handy due to the fact that Serbia did not lose a set before the match with them.

The selector Zoran Terzić started the conference in a somewhat humorous tone, but he quickly turned the whole joke into a serious one at the expense of his team.

– We assumed it would be difficult, but it wasn’t. It was easy – for Brazil. This way, a serious opponent, Brazil or any other selection, cannot be defeated. There is even absolutely no reason to be nervous, in the sense that we could have been in the fourth set. No, this was 100 percent of the matches for Brazil – said Terzić, so he continued about the match.

As Terzic said, a big problem besides the defense was the reception of the service, which has not been seen in any match so far when it comes to our national team.

– First is the bad defense, second is the reception of the service. In the first three games, he really functioned at a very high level. Now it has completely disintegrated, it didn’t look like anything. No matter which player it is. In other elements, we were there somewhere, maybe even better. But we definitely didn’t deserve to win this game.

Terzić was quite sneered at the commitment of his girls, that is what hit him the most – minimal commitment and deadness on the floor.

– If they continue to play in this way, then every part, what can I tell them. This is not a big competition. This is not how they play for their country. It’s not played like this – never. I can’t say they didn’t want to, that’s certainly not the case. They are motivated and always want to win.

– But, they were quite dead in the field, immobile, slow… I don’t know what the reason is, maybe there is a special one, I don’t know. It should be corrected by the next game. First of all, as far as the desire in defense is concerned.

The selector Terzić did not miss the opportunity to connect such a bad performance of the volleyball players with the somewhat worse matches of Novak Đoković lately.

– It’s no disaster to lose. All the people who follow us must be aware that the women’s national team has been the first in all competitions in the last five years. In Europe, in the world. But we can’t always be the first. It is our wish, we will do everything to make it so, but it is not so easy.

– No Novak Djokovic can always be first. But that’s just the other side. The first and most important thing is that you must always do your best. Let’s play with a lot of enthusiasm and desire, so that when we lose there is no nervousness and sadness – Terzic concluded.

Intercourse trafficking isn’t what you suppose