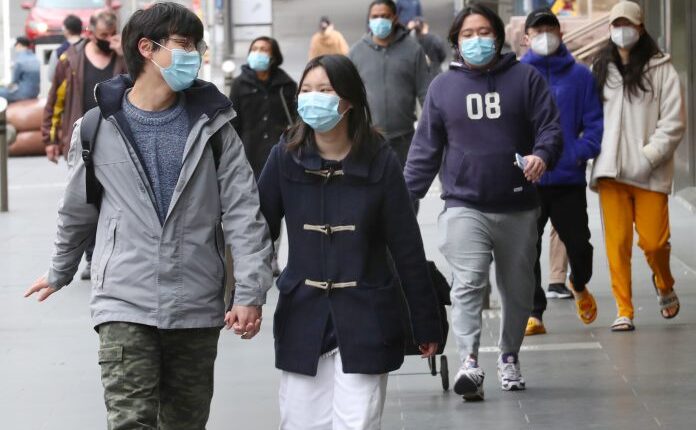 Younger individuals within the focus of vaccination – Information on-line

After the announcement of the latest four-level plan of the National Cabinet for overcoming the state from the covid crisis, it is clear that vaccination is a condition for returning to normal life, reducing the number of quarantine closures of cities and states, and opening internal and international borders.

Australian Prime Minister Scott Morrison and the National Cabinet, which make up the prime ministers of states and territories, are clear in those demands. A more selective and less rigorous locking of cities will occur only when there are 70% of fully vaccinated residents who have the right to immunization (at this moment, everyone aged 16 and older).

According to modeling conducted by the Doerty Institute for Infections and Immunity, which is the basis of Australia’s exit plan, it is estimated that as long as the vaccination rate of 70 percent is not reached, the epidemic is likely to grow rapidly and uncontrollably, leading to significant the number of deaths and severe covid diseases.

The strategic shift of this modeling is the transition from targeted vaccination of the elderly to the younger population, which, according to the Institute, should be vaccinated in order to slow down the spread of the virus and reduce mortality and hospitalization. Young people are identified as the biggest carriers of the infection within the community.

The Doherty Institute advocates for the wider use of the Astrazenec vaccine and for people over the age of 40, assessing it as good in the fight against the delta strain of the virus, and that one dose is 69 percent effective to prevent death, and two doses show 90 percent effectiveness. .

The Institute’s report states that when vaccination covers between 70 and 80 percent of the population, the rate of serious infections decreases, but between 1,300 and 2,000 people would still die from 10,000 to 20,000 severe infections within six months in the event of an uncontrolled epidemic.

With the application of measures of restrictions and social distancing, as well as with regular monitoring of contacts of infected persons, the number of deaths would be reduced to 16 in six months, if 70 percent of people were vaccinated.

According to a professor from the Doherty Institute, Judy McVernon, the best and only correct strategy at the moment is the one that protects children, the elderly and the able-bodied.
“Until a high vaccination rate is achieved, the best strategy is to continue to control the infection, which means early and strict closure when the virus spreads, in order to limit the duration and cost of quarantine,” the modeling report said.

That is how Prime Minister Morrison’s position has changed in the meantime. Namely, he initially praised the not too strict locking measures in NSW. However, when it comes to a new strain of the virus, according to him, short and strict conclusions are necessary.

– Until the level of 70% of those vaccinated in the entire country is reached, fast and strict locks will follow as soon as the virus enters the community – says the Prime Minister.

According to the plan of the National Cabinet, which is based on this expert modeling of the Institute, the condition for opening international borders is 80 and more percent of fully vaccinated in Australia.

Treasurer Josh Freidenberg presented the Treasury’s assessment that with a vaccination rate of 50 percent, the economic losses of the state due to the crown will amount to 570 million dollars a week.
This cost will be reduced to $ 200 million a week when the vaccination rate reaches 70 percent, and to $ 140 million a week from 80 percent of those vaccinated.
Freidenberg also said that rapid action, which has been implemented in Queensland, South Australia and Victoria, is the best approach to control the infection.