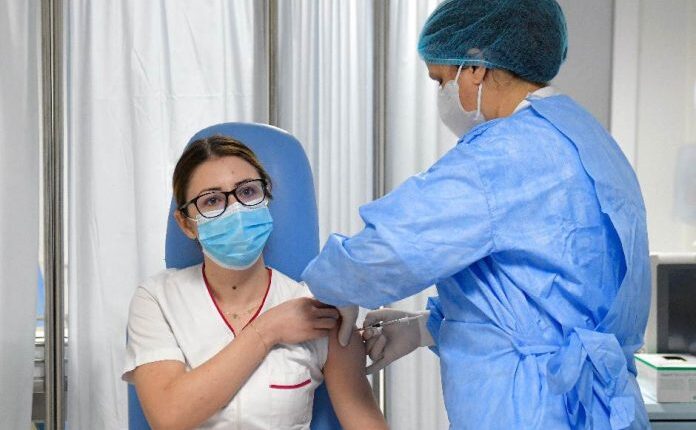 Only a day after Federal Prime Minister Scott Morrison told the governments of all states and territories to adhere to the national plan for overcoming the covid crisis, the feasibility of the idea of ​​opening a country with 70% of the vaccinated population was confirmed by the director of the Doherty Institute for Infectious Diseases and Immunology.

A statement issued by the prestigious institute states that “the light is visible at the end of the tunnel” and that “when we reach between 70 and 80 percent of those vaccinated, there will be less transmission, less hospitalization and fewer deaths from kovid.”

Professor Sharon Luin, director of the Doherty Institute, denied the claims of the leaders of certain countries that the modeling carried out by this institution is not applicable in cases when there are a large number of cases of infection within the community.

She said that it would be completely safe for Australia to open and release the permanent closure measures when the rate of 70 and 80 percent of those vaccinated is exceeded.

– There is no big difference whether the opening will start with 30 or 800 infected people in the community. The numbers will certainly go up and will be able to reach hundreds of thousands in a few months, but with 70 percent to 80 percent of those vaccinated, the number of hospitalized and deaths from kovid will be drastically reduced, and that is what we should aim for – she said Professor Luin.

She pointed out that certain measures for the protection of public health will have to remain in force even when 70 and 80 percent are reached, especially the monitoring of contacts and isolation of infected persons.

However, the director of the Doherty Institute clearly said that everyone should understand that Australia cannot pursue a policy of complete elimination of the virus forever, and that life in such circumstances is not realistic. In other words, at one point, frequent and long locks of cities and states must be stopped, as well as blockades of internal and external borders.

– The transition from phase A to phase B of the national plan for overcoming the crisis, will in itself mean that we are coming out of the so-called zero kovid environment. When we reach 70% of those vaccinated, complete eradication of kovid is no longer the goal and then we have to start living with the virus. Everyone must understand that, because that is the most important change that will happen – Luin pointed out.

The explanation, which arrived from the Doherty Institute, will be presented in detail to all prime ministers at the regular meeting of the National Cabinet on Friday. It will be interesting how the leaders of the states and territories will react then, especially those who do not agree that the already adopted plan for overcoming the covid crisis is feasible with a large number of infected people.

The announcement that they will continue with the locking and blocking of the borders, and when it reaches 80% of those vaccinated for now, was given by the governments of Queensland, Western Australia and partly Victoria. After almost 18 months of isolation and constant restrictions, the impression is that Australia now needs the unity of its leaders more than ever, and that political and party divisions are finally put aside.

Prime Minister Morrison said the Doerty Institute’s recommendation was based on “the best scientific, medical and economic modeling”.

– Based on scientific papers, it has been determined that we can safely move forward and finish the closures when we reach the desired vaccination rate. Any subsequent lockdown with 70 or 80 percent of those vaccinated would do more harm than good both economically and more broadly. When will we open if we don’t open with 70 or 80 percent of those vaccinated – Morrison wondered.

“Tight border” by the end of October

That some countries do not plan to change their attitudes in the Biscay future was confirmed by information from Brisbane, that the Government of Queensland has decided to keep the “firm” border with New South Wales for another ten weeks, ie until the end of October.

As it was announced, this decision is still based on the number of vaccinated, because Queensland does not believe that 70% of the population can be vaccinated with this dynamic in less than two months.

The extension of the blockade will make life even more difficult for people in the border zone, some of whom live practically in the same city, which divides one street into two states, such as Kulangata and Tweed Heads not far from the Gold Coast.