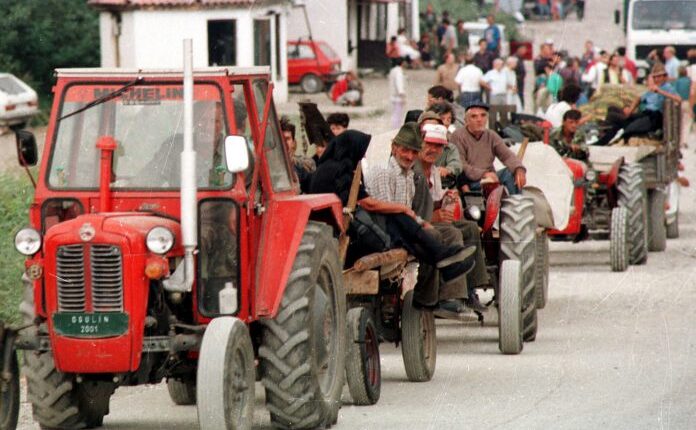 The Prime Minister of Croatia, Andrej Plenković, said that the country is not giving up on the lawsuit against Serbia and the request for war compensation, and that the legal teams are working on that issue. Interlocutors of “Vesti” estimate that there is nothing from that lawsuit, but that the story about it is blackmail of Serbia on the way to joining the EU.

At the first autumn session of the Croatian Parliament, Plenković answered the question of Stipe Mlinarić from the opposition Homeland Movement, when a lawsuit will be filed against Serbia with a request for war damages, that the topic was raised to the bilateral level.

“We are working on it, we have not forgotten. The dialogue that our ministers and I personally have with the associations of Croatian detainees is sincere and concrete. We will persist in that, we will strive for justice to be realized “, said Plenković and added that” the most important thing is that “the truth about the Homeland War is not in question”. “We are aware of the suffering of all those who went through the camps, we have not forgotten that,” said Plenković.

Savo Strbac, director of the Veritas Documentation and Information Center, says that this is a clear warning to Serbia on how future negotiations regarding membership in the European Union will take place.

– Plenković knows very well that there is no international court before which a lawsuit for war damages would be initiated, and that Croatia infamously passed before the International Court of Justice in The Hague when it comes to a lawsuit for genocide, which could be followed by a claim for damages. I am afraid that this is the announcement of another condition that Croatia will impose on Serbia for its full membership in the EU, because it cannot do anything more than that – Strbac points out and adds that the story about war reparations is actualized with a lawsuit for genocide.

– The Croats then calculated that Serbia should pay them about 33 billion dollars. However, as Serbia also filed a counter-claim, we came to the fact that the claims of Serbia, ie the expelled Krajisniks, are around 44 billion euros. With the rejection of the lawsuit and against the lawsuit, the option of war damages fell away, and I am interested in which international court Croatia could sue Serbia before. But, that they will blackmail us for EU membership, and in this way I have been warning for a long time – concludes Strbac.

Milojko Budimir, Secretary General of the Association of Serbs from Croatia, estimates that such statements do not support the establishment of good neighborly relations, but lead to “heating up” new misunderstandings and inflaming passions.

– Instead of Serbia suing Croatia, which expelled its citizens of Serbian nationality in the civil war and took away all their property, which is estimated at more than 30 billion euros, Croatia is justifying itself and considering suing Serbia. If it was not sad, it would be funny. If this lawsuit were to occur, it might be an opportunity to determine the real situation and show who caused the war conflicts and who is responsible for the destruction and everything else that happened to the Serbian people in that war – Budimir points out.

To obey the laws

Budimir points out that instead of thinking about lawsuits for war damage, the Croatian state should return their private property to the Krajisniks and make fair compensation for the destroyed and looted private property.

– The Vienna Agreement on Succession from 2001, which was ratified by the Croatian Parliament and according to which they are obliged to return everything to the situation as it was on December 31, 1990, obliges her to do this – Budimir points out.

Border on the Danube

Strbac points out that one of the most important problems is the exact demarcation of Croatia and Serbia in one part of the course of the Danube. Croatian Foreign Minister Goran Grlić Radman says that negotiations on the final determination of the Croatian-Serbian border are underway.

“At the last session of the commission in June 2019 in Belgrade, it was concluded that the existing deviations of the cadastral borders are not so great that it would not be possible to at least try to resolve the issue by agreement.”

Croatia is asking Serbia for 115 kilometers on the left bank of the Danube, which includes the areas of Kendija and Karapandža, Vukovarska and Šarengradska ada.

SERBIAN FLAGS FLY THE STREETS OF BORA! From the town of miners despatched a transparent message: WE NEED UNITY MOST / PHOTO /