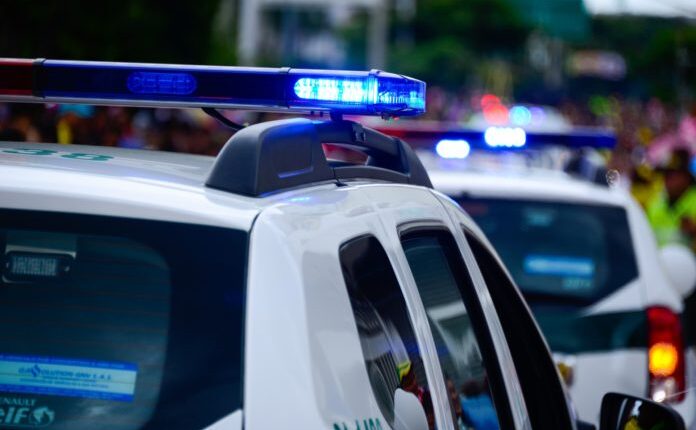 They robbed a goldsmith in Paris, arrested on a bus to Serbia

The spectacular robbery of a jewelry store in Paris, apparently is the work of Serbian criminals.

The bus on the line Paris – Belgrade was stopped in the afternoon by the French police, near the administrative border of this country.

Then special forces rushed into the vehicle and shouted in French “police, police” “
Gunmen in civilian clothes entered the bus, shouting “police, police” in French. At that moment, chaos ensues because the passengers did not know what had happened to them. Very excited police officers order the passengers not to move and in just a few seconds they completely control the bus. They aimed their guns at the passengers like in a movie.

This is the story of one of the passengers on the line Paris – Belgrade, who happened to be on the bus at the moment when the action of the French police was carried out, and the site “All Serbs in Paris” reports.
According to him, the police searched the bus and found loot in it from the spectacular robbery of a jewelry store from the center of Paris. On that occasion, two people were arrested and the luggage of all passengers was searched.

According to the unnamed passenger, the bus that left Paris at eight stopped at around 12 o’clock on the way out of France, so that the drivers and passengers could take a break, reports the source who was in the bus. After a not so long break, the passengers returned to the bus and then a real drama ensues.

Armed men in civilian clothes enter the bus shouting in French “police, police…”.
According to him, the police took out one passenger at a time and examined the bags in detail.

“They opened every box,” the passenger said.

At one point, they handcuff two middle-aged men who were riding on the floor of the bus.
The passenger managed to determine the reason for this action from the conversation with the police officers.

“It was said that this action was closely connected with yesterday’s robbery of a goldsmith’s shop in Paris, which the whole of France is talking about, and that they have information that all the loot is on the bus,” says the passenger
Namely, on Tuesday, a spectacular robbery took place in Paris near the Champs Elysees o One person entered the jewelry store and asked to see the jewelry. When the sellers took out the jewelry on the table, a man without a mask took out a gun and fled with the loot estimated at two to three million euros.

For a full four hours, the police searched the bags and everything in the bus. The two suspects who fit the description were removed a little further from the bus with handcuffs on their hands and then both were put in a police car.

According to the source, the police were strict in enforcing the rules and did not give up until they found what they were looking for.

“Throughout the search, no one was allowed to do something he was not told. There was great excitement and determination on the faces of the police officers. At around 4 pm, the police searched one of the bags and found the loot they were looking for. “Jewelry stolen in Paris worth three million euros was found in one bag,” the source states.

The source added that at that moment, it was not known whether all the stolen jewelry was in the bag. The most important thing for the police was to find the owner of the bag.

“The drivers called one person from the bus to translate because they do not speak French. When asked by the police, whose bag this is, the drivers answered that they did not know and it turned out that it was nobody’s, “he added.

Despite finding the loot, the police continued to search the bags of other passengers. A source from the bus did not confirm whether they found anything else in the meantime or arrested another passenger.

THE YOUNGEST CITIZENS IN THE CEREMONIAL HALL! Infants in Kikinda given present packages to assist dad and mom / PHOTO /