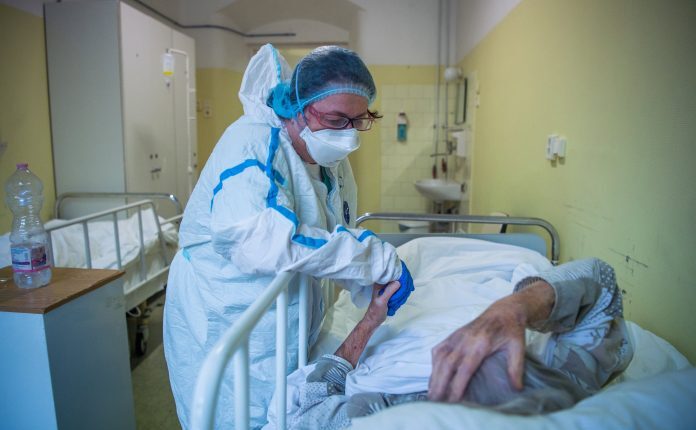 The tip of the pandemic is just not in sight (1): The plague of the 21st century

THE DISASTER TOOK MILLIONS OF LIVES: Victims all over the world

From ancient Egypt and ancient Mesopotamia, viruses ruled the world, but the existence of these invisible deadly diseases was not known until the 20th century, when a microscope was discovered. Over the centuries, epidemics have acted as mass murderers, and the term pandemic was introduced in the Middle Ages because the growth of the world’s population increased significantly.

Justinian’s plague appeared in the 6th century and killed as many as 50 million people, probably half of the world’s population at the time.

Even more dangerous was the black death from the 14th century, from which 200 million people lost their lives. As examples of other pandemics, epidemiologist Zoran Radovanović cites the cholera pandemic, from the early 1960s in Southeast Asia, whose, he says, “metastases are still felt.”

The plague has killed as many as 50 percent of the population in some countries. Although mostly suppressed, it still affects almost half a million people a year. There is also the HIV epidemic, which was recognized in 1981 and is now slowly stabilizing without the vaccine. It is estimated that it took 32 million lives, while as many as 75 million people are infected, and the number is growing every day.

However, the corona virus and its pandemic have pushed all the boundaries of what has been seen so far. The first case, according to unpublished data from the Government of China obtained by the South China Morning Post, was recorded on November 17, 2019 in Wuhan.

The plague has infected 217.2 million people in the world, and more than 4.5 million have died. The United States has the most infected people with more than 39 million, followed by India with 32.7 million cases, and Brazil with 20.7 million, while in Great Britain that number exceeded 6.75 million. The United States also leads in the number of deaths, more than 656,000. It is followed by Brazil with more than 579,000 deaths, and India with about 438,000 victims.

Less than four months after the appearance of the crown in Wuhan, the infection has reached Serbia. The first case was registered on March 6, 2020, and nine days later, on March 15, the President of Serbia, Aleksandar Vučić, declared a state of emergency.

– Today, Serbia is at war against an invisible opponent that our country must defeat – said Vučić.

Vaccination started in the world in December, and the first contingent arrived in Serbia on December 22 with 4,800 doses of Pfizer vaccine. Immunization first started in nursing homes, and since February, mass vaccination of Serbian citizens with four types of vaccines. Every citizen had the opportunity to choose which vaccine to receive: the American phaser, the British astrazenek, the Russian satellite or the Chinese sinofarm.

Since the discovery of the infection in our country until today, more than 7,278 people have died from the crown and over 759,000 have been infected.

However, even after a year and a half since we have been fighting this plague, its end is not in sight. On the contrary, the situation in our country has been deteriorating again in recent days, the number of patients is growing, we are approaching the record number of 10,000 infected per day, and hospitals are rapidly filling up again.

Igor Đantar (43) from Bačka Topola, a zero patient who was confirmed to have the corona virus on March 6, 2020, says that a year and a half later he feels well and now he has no problems.

– The fact that I am a zero patient in Serbia changed my life in that sense, as well as other people in our country. We all realized during the pandemic that health is the greatest treasure in life and that illness can change everything in the blink of an eye – Jantar told reporters. Everyone has written about him, and no one needs such “popularity”, as he says.

On a respirator for 34 days

Goran Stevanović (54), from the village of Belotinac, near Niš, was successfully cured of kovid, after he was hospitalized at the Niš Clinic for Infectious Diseases for 74 days. During that time, he lost as much as 38 kilograms.

However, what makes him quite unique is that he “woke up” and recovered after 34 days spent on a respirator.

Tomorrow – The end of the pandemic is not in sight (2): The virus eats the soul as well

Excessive Climate and Is There a Reference to Local weather Change?

QUEENS OF AJVAR DEFENDED THE TITLE! Twice in a row, girls from “Suvača” finest within the competitors “Come out to my jar” / VIDEO / PHOTO /