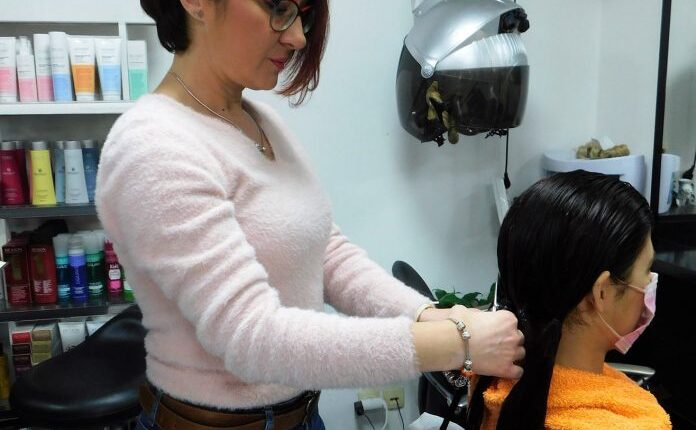 The face and reverse of humanity in Serbia (1): Conscience on the examination

The citizens of Serbia and the diaspora have helped the healing of sick and poor compatriots countless times with humanity, and with them, numerous children have contributed. The little ones joined the big ones in the desire to provide expensive therapies for those suffering from serious diseases, but also to enable the poor to live a dignified life. While the majority of Serbia shines, which does not spare itself and gives its best at every step, in the dark are those who, hitting on emotions like false beggars and the sick, extract money from their compatriots. When they are discovered, they provoke anger, rage, but also distrust of the citizens, where the money they give for humanitarian purposes will end up, mostly for the treatment of the most seriously ill children.

On this sunny side, there are also children like seven-year-old Mile Stanković from Kraljevo, who made New Year’s greeting cards, sold door to door and donated the money to a girl with developmental disabilities who lives in very difficult conditions with her mother.

During the last two months, the women from Loznica, in the last two months in the hair salon of Vesna Rakić, donated their hair for the project of the Association of Citizens “Always with Children” for children suffering from cancer who lost their hair during chemotherapy. That city, she says, has the most such donations, and the action was encouraged by the girl Marija Aleksić (11), who came to donate her hair. Vesna then found an Association that helps children in the Children’s Department at the Institute of Oncology and Radiology.

For the donated 25 centimeters of hair, since a wig cannot be obtained from a shorter one, the hairdresser gives a free haircut and blow-drying to those who donate it.

It is interesting that a large number of girls applied for the action.

Last summer, the children of Novi Sad collected aid for children suffering from cancer by selling refreshing drinks. 20 of them sold drinks and sweets to passers-by on an improvised stall in the settlement of Liman 3, and in two weeks about 700 euros were collected, which they paid daily to the National Association of Parents of Children with Cancer. Serbia does not lack goodness, so the businessmen from Čačak collected three million dinars, as much as was needed to repay the loan for the apartment of Dr. Slobodan Blagojević, who passed away as a result of the corona virus.

Apart from that clean face, what is tainted with personal gain is hidden on the back, at the expense of the morbidity of the citizens towards the poor and the sick. Thus, a 30-year-old young man pretended to be a disabled person without a leg, and Belgrade police officers lifted him from a wheelchair and determined that he put that leg under the seat part, and skillfully masked it with another pair of pants.

Крагујевчанин Ђ. I. was arrested after the discovery that during eight months he cheated several citizens via Instagram, falsely posing as the owner of a Swiss hotel, offering a job, but also asking for help to treat a child.

A fake bank account for the help of two-year-old Aleksa Radojicic from Uzice, who underwent a tumor operation, recently appeared in the media. Fortunately, the operation went well, and as the treatment continued, his parents, who are unemployed and tenants, need help as well. Through social groups, they begged for help, and then the photos of the boy were abused by V. J, who falsely introduced herself to the media as Aleksa’s mother and, with accurate information about the family, gave a fake bank account for payment.

Perhaps even more bizarre is the case of fake humanitarians from 2018 who collected money for a sick boy from door to door, only to find out that the little boy had died four years earlier. They were discovered when they rang the doorbell of a doctor from the “Dr Vukan Cupic” Institute, where the child was being treated, and she asked for their discharge list. Fraudsters are also lurking in public transport, so in Belgrade, two people carry a photo of a child with underdeveloped limbs and a story that “money is urgently needed for treatment.” That it was a fraud was discovered and made public on social networks by numerous citizens who claim that the same duo has been “operating” in transportation for several years, and they immediately noticed the same image of children on the basis of which they are looking for money.

Migrants with a soul

Even those who desperately need help, because they are far from their homeland, have entered the list of nobility. Citizens of Syria, the countries of the Middle East and Africa who are in reception centers in Kikinda, Sombor, Obrenovac and Krnjaca, in November 2020 began collecting money for the treatment of sick children from Serbia, at the initiative of Syrian Kasim, who was temporarily accommodated in Sombor. A little more than 500 euros was the first amount they paid for the treatment of a Serbian girl suffering from spinal muscular atrophy.

For almost three decades, the humanitarian bridge “Vesti” has been one of the pillars of help for everyone in the homeland who needs it. A large number of ours

readers in the diaspora showed nobility and care for compatriots in the homeland, donating not only money, but thanks to them, medicines, medical devices, orthopedic aids, clothing, food, hygiene products, toys, adapted many houses and institutions… Many children from Serbia were treated abroad with donations collected by “Vesti”.

Tomorrow – The face and back of humanity in Serbia (2): A good voice can be heard far away!