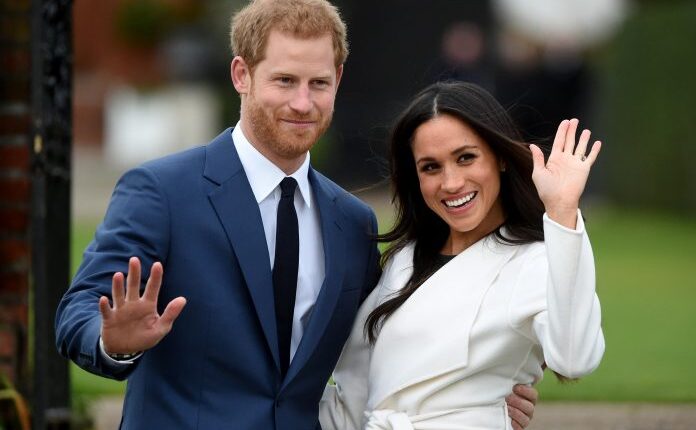 Prince Harry complains: The media has ruined my psychological well being

The host of the popular show, British comedian James Corden, hosted a special guest – Prince Harry – in his show “The Late Late Show”.

In one of the rare interviews he has given since resigning from the royal duties, the Duke of Sussex admits that he likes the portrayal of royal life in the Netflix series “Crown” more than the one presented in the British media.

The appearance of Prince Harry in a conversation with James Corden at the Leith Leight Show was a great exclusive, considering that Buckingham Palace announced at the beginning of the month that the Duke and Duchess of Sussex would not return to their royal duties.

When the couple announced that they were “retiring” in January last year, the queen left them the opportunity to return after a year. A statement from the Palace stated that they were recalled and that their honorary military appointments and the royal patronage they had were revoked.

Harry’s interview with Corden appeared just a few days before the loudly announced conversation between the Duke and Duchess of Sussex on March 7 in prime time with Oprah Winfrey.

During the show, Corden and Prince Harry ride through Los Angeles in an open-top bus and talk. Harry admits to watching Netflix’s Crown series – which explores the many intrigues and intricate relationships in the royal family.

– It is much more pleasant for me to watch the Crown, than when I see stories about my family, wife or myself and the British press – the Duke of Sussex reveals.

“We all know what the British press can be like and that has ruined my mental health,” he added. “I felt like I was poisoned. So I did what every other husband and every other father would do.

Although other members of the royal family do not express their views on the Crown series, Harry emphasizes that the authors do not pretend to tell the truth.

– It is fiction, partly based on facts. Of course, not everything is true, but it gives a rough idea of ​​what the way of life is like, how the pressure of duty and service is on the family and everything else, and what can be born from that – explains James Corden’s interlocutor.

Harry and Megan have been in a real “war” with a large part of the tabloid media for a long time, trying to correct all the injustices and insults they think were inflicted on them by publishing incorrect details and photos from their private lives.

His wife, Megan Markle, recently won a lawsuit in a dispute with Mail who published part of a letter addressed to his father.

Harry says in an interview that his life with Megan in Los Angeles will be “a slightly different version, but essentially a continuation of what they were already doing in the UK.”

“My life will always be in public service, and Megan has accepted it, and we both enjoy it,” he said, commenting on a statement signed by Queen Elizabeth II last week that the two no longer enjoy the privileges of the royal family.

– It was never a departure. We retreated, not left. It was really difficult to survive in that environment – Harry reveals, adding that he will never “leave”, regardless of “what decisions the other side makes”.

He also revealed to Corden that they have had several video calls with the Queen and Prince Philip since they moved out.

– We talked over Zuma several times. They saw Archie running around – says Harry.

He also joked about his grandfather, Prince Philip, for not being able to click the button to leave the meeting, but only closing the laptop when the conversation was over. He did not comment on the news that Prince Philip is currently in a hospital in London, probably because the interview was recorded before this event.

Harry also talked about Megan and their son Archie, discovering that the child’s first word was “crocodile” and that the queen, at Megan’s suggestion, gave him a waffle maker for Christmas.

Looking back on the beginning of a love affair with Megan, Harry states that every date with him or any other member of the royal family is ruined.

– That’s why meetings are reduced to dinners and watching TV or chatting at home. And in the end, when you become a couple, only then do you dare to go out to dinner, to the cinema and everything else.

While driving through Los Angeles, Corden and Harry also stopped by the house where the series from the 1990s was filmed, Prince from Bel-era with Will Smith, and the prince reveals that he knows the words of the song from the series, and then asked the house owners to use the toilet.

At one point, Korden called Megan from Harry’s phone and jokingly suggested she move into that house. “I think we’ve moved enough,” the Duchess of Sussex replied, revealing that she called her husband “Haz.”

Interest in the couple’s new life is likely to increase after an interview with Oprah Winfrey, who is expected to talk more about the nature of their leaving the royal life.

The couple recently announced that they were expecting another child.