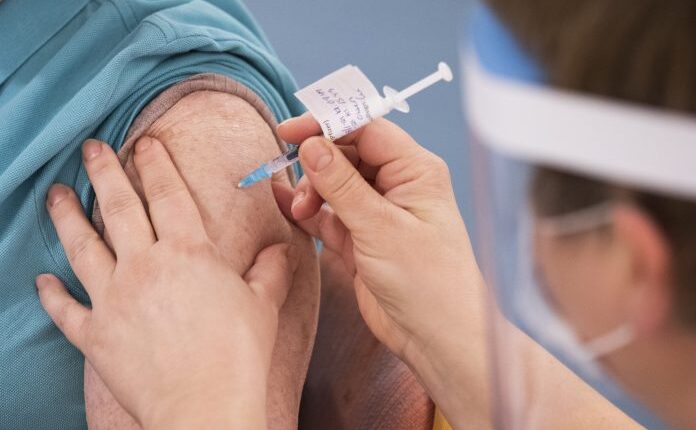 One other 10 million vaccines have been supplied

While Australian Prime Minister Scott Morrison announced that the government had provided 10 million new Pfizer vaccines, restrictive measures were already in force in Victoria, introduced by Prime Minister Daniel Andrews, after a case of local transmission of the crown was recorded in Melbourne.

To make the situation more dramatic, as a positive person, a 26-year-old man, worked at the Grand Hyatt Hotel, which houses 600 players and staff of the Australian Open, they were all re-tested and quarantined until they received a negative test.

In addition, all tennis matches on Thursday were canceled.

The last shift, which was done by a positive young man at the Grand Hyatt Hotel, was on January 29. He was then tested and his result was negative. However, on Wednesday, February 3, a new – positive finding arrived.

The question is, when and how did the young man become infected, because the Grand Hyatt is the quarantine hotel of the Australian Open, and all the players and other staff in the hotel have been negative since their arrival on January 14. Their 14 days of quarantine expired on January 28, the day before the last working day of the positive young man.

14 different locations that the employed young man visited in a couple of days have been published, and all those who found themselves at those locations should be tested and self-isolated, until they get a negative result.

The young man and his roommates, who are negative, are currently being accommodated in a medical, quarantine hotel.

New measures have been in place in Melbourne since Thursday – face masks are mandatory indoors, the number of people who can be accommodated in homes has been reduced from 50 to 30, and the return of 70% of private sector employees to work has been extended. they were to return on Monday, February 8th.

Restrictive measures in Western Australia remain in force until Friday, but Prime Minister Mark McGowan said that things will not suddenly return to normal, before the measures are introduced.

Queensland did not restrict entry for Melbourne citizens, but all Victorians who were at locations visited by a positive young man from Melbourne were asked to be immediately tested and isolated for 14 days.

It is therefore not surprising that vaccination is eagerly awaited in Australia, and this is seen as an opportunity for life to return to normal.

According to Prime Minister Morrison, the first round of the Pfizer vaccine will arrive in the last week of February, and the AstraZeneca vaccine in the first week of March. An additional 10 million Pfizer vaccines have been provided, meaning that as many Ozies will be vaccinated first with this vaccine and then with AstraZeneca.

More precisely, Australians will not be able to choose a vaccine against kovid, as in Serbia. First, quarantine workers, health personnel who are directly endangered, and the elderly in nursing homes are vaccinated. Most Australians will receive the AstraZeneca vaccine.

As Prime Minister Morrison emphasized, the goal of the government is to offer all citizens the possibility of vaccination by October this year.

However, he also warned that immunization will not immediately lead to the easing of restrictions related to international travel, social distance or masks.

Free for foreigners as well

To ensure that as many people as possible are vaccinated in Australia, the government will offer a free vaccine to all foreign nationals residing in the country. This will include refugees, asylum seekers, holders of temporary protection visas, as well as those who have transitional visas.
Those currently staying in detention facilities, including people whose visas have been revoked, will also be entitled to the vaccine.

In all the languages ​​of the people

The government has announced $ 1.3 million to fund multicultural bodies to ensure that information on the introduction of the vaccine is provided to culturally and linguistically diverse communities.
This will include advertising in 32 languages, explanations of vaccines in 29 languages, and the campaign is based on 63 languages ​​on the website of the Ministry of Health. This is expected to increase the number of vaccinated in the country.

We’ve got an enormous job forward of us!