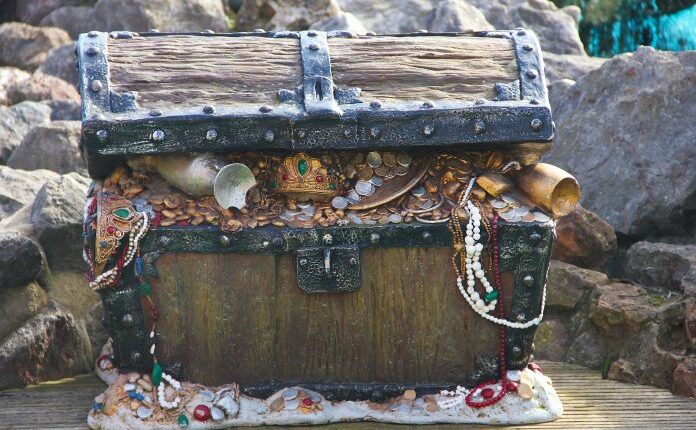 On the event of the guide “Odive” – ​​home lies in literary packaging (6): Russians robbed jewels?

Sonja Drobac’s novel “Odive”, which the author says is a “domestic version of the past”, recently found itself in the center of attention of the Montenegrin public. The author of this feuilleton, journalist Budo Simonović, also reacted to the “domestication” of irrefutable historical facts, analyzing, as he says, to the point of naivety and nonsense, the imaginary story of the greatest Christian shrines – the hand of St. John the Baptist, the Holy Cross and the icon of the Virgin Philermon. Did Hitler attack Yugoslavia in 1941 because of three Christian shrines, did Stalin go to war with Tito because of them in 1948, and was the most expensive jewel, stolen from the icon of the Mother of God of Philermos, found in Tito’s legacy?

On the same day in 1951, when the American journalist was shown the three most famous Christian relics in Cetinje, something else happened under Orlov kršem, as Sonja Drobac writes in her book “Odive”, which should set the tone for this trivial lie. top sensations. Here is that short chapter in its entirety:

“Two men entered the building silently. The host waited for them with clear instructions. Everything was ready. He unlocked the door and the duo entered an ordinary office, albeit with pre-war furniture. He stayed in the room with them, not moving as if he wasn’t even breathing. He only followed with his eyes what the Russians were doing.

They began to look at the relics. On the table they took out a piece of cloth in which a fine tool was wrapped. Each tool had its own pocket in that holster. They put on gloves. One took something resembling a light and pointed it at the icon. He first removed a stone from the middle of her breasts, and then one from the halo (BS emphasized).

The man squinted his eyes and tried to count from the ends of the halo — one, two, three, four, five — an equal number of transparent stone flowers were on the left and right sides of the halo.

The Russians took that first dark stone from her right.

The man remained motionless. He had a clear order not to disturb the Russians in any way.

They packed the tools.

They looked around a bit more and then nodded to the man to let them out of the room.

The driver was waiting for them outside again. The man heard them, getting into the car, say something to the driver about how amazing it was how yesterday’s blizzard turned into such a beautiful, sunny day.

He ran to submit a report… ”

Of course, the author of this “domestic history” knows that the episode with the Russians and the robbery of jewels from the icon of the Mother of God of Philermos makes sense only if it reaches the ears of the public and returns journalist Ana to the game. man Shadow “, as she calls him, and tells what happened – that on the same day when the shrines were shown to her, two Russians came and” took two large precious stones from the icon – one pale red from the crown and the largest from the chest “(emphasized BS ).

Sonja Drobac does not develop this fabrication further and does not explain what happened later, what the epilogue was, whether Stalin was satisfied with those two gems that – it would be logical – were brought to him by two NKVD agents.

The author of the novel “Odiva” gives a certain explanation of what happened when Stalin received the jewels only in the already mentioned episode of the story in which she “brings coffee” to Ivan – Stevo Krajačić and Wolf Messing in 1968 again, and again to the same pastry shop. in Budapest, where the Kobayashi met in 1950. The well-aged prophet and magician only then, in addition to what has already been said, revealed to Krajačić how he managed to convince the cruel and ruthless Soviet leader to give up the crazy idea of ​​going to Yugoslavia with tanks:

“I arrived in time to convince him that insignia give real power only if they are not taken by force,” said Messing. – I told him how Bayazit lived in agony and how Alexander of Yugoslavia was killed because they both violated that rule (emphasized BS), while Tsar Paul had power because he got them…

From a series of facts that will expose these lies of Sonja Drobac, a brazen and shallow deception and deception to readers, all who know nothing about the three most famous Christian shrines, here is only an episode about the missing ruby ​​from the right arm of the halo on the icon of the Mother of God Philermos.

Everything indicates that the jewel was not on the icon when it was discovered in Ostrog in 1952, and apparently not even when it is unique, say the oldest known painting of the Mother of God, which reached the court of King Alexander I Karadjordjevic in 1932, that is, that jewel disappeared somewhere on the winding and mysterious road from Petrograd to Belgrade. That he was not there in 1952 can be clearly seen without much analysis in the recordings recorded by the camera during the removal of treasures and shrines from the hiding place under the pathos in the bedroom of the abbot of Ostrog, Leontij Mitrović. That ruby ​​is not even on the oldest photograph of the Mother of God of Philermos, which was published by Giovanella Ferraris di Celle in her book “Madonna from Mount Philermos”. However, she does not specify who took that photo, when and where, but it seems the closest to the truth that it could be a photo that, according to some data, was taken in Belgrade by an American journalist when Prince Pavle Karadjordjevic visited him on the eve of World War II. showed the saints…

Tomorrow – On the occasion of the book “Odive” – ​​domestic lies in literary packaging (7): The secret of wings for 30 years