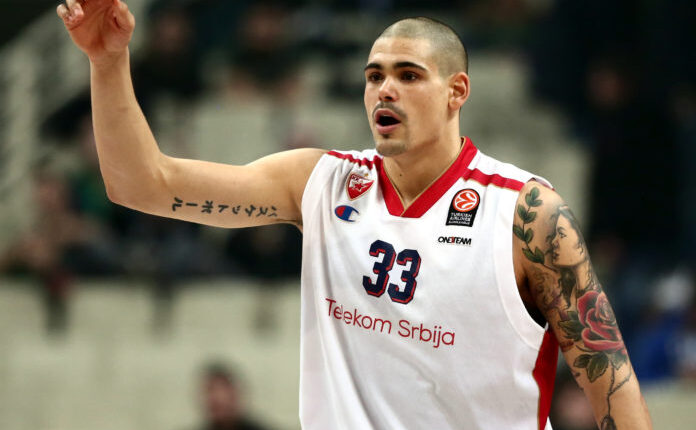 On two occasions, Cirbes wore a red and white jersey, had a great cooperation with Dejan Radonjić and asked the former coach to keep in shape at Mali Kalemegdan until a new environment is found.

Radonjić came out to meet him because the cooperation is to the mutual satisfaction and Cirbes, as a difficult center, helps in training in order for the team to be better prepared, reports “Mozzartsport”.

For now, the German does not plan to join the list of Zvezda reinforcements, where Nikola Kalinic, Luka Mitrovic, Nate Walters, Nikola Ivanovic, Austin Hollins and Aaron White are this summer.

The first wish for the new center is another “returnee”, Matthias Lesor, but he is not the only one on the wish list.

DUSAN ENTERED THE TAVERN ON FRIDAY, AND EXITED ON SUNDAY! 10 liters of brandy had been drunk, the variety of beer is unknown, AND THE ENTRY INTO THE COOPERATIVE WAS CELEBRATED ?!

Delta Chopping ‘Like a Buzzsaw’ By Oregon-California Border Counties