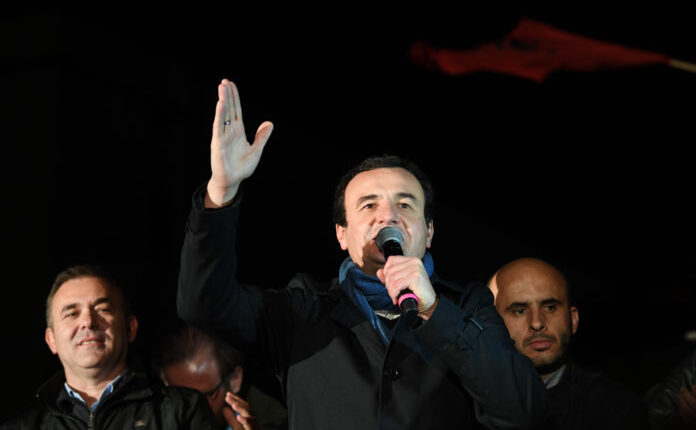 The political scene in Kosovo is clearly in favor of the Self-Determination Movement and its leader, Albin Kurti. But it is one thing to defeat the old structures that the electorate has been disappointed with in the past decades, and it is quite another to turn the rebel movement into the helmsman of Kosovo, which sails the turbulent seas, according to the analysis of the Croatian Radio-Television.

Kosovo, which has by far the youngest population in Europe, with an average age of 30, said ‘no’ to the rule of the old guard of war heroes of the last century, meanwhile accused of corruption, nepotism and war crimes. In the competition of as many as 28 parties, almost half of the votes went to the former youth resistance movement, and in recent years the most popular party, Self-Determination.

The old elites tried to discredit their competitors with a classic trick, calling them communists. It did not happen in Kosovo, which welcomed the pandemic as a country where the public health insurance system does not exist. The victory of Self-Determination, according to political analyst Donika Emini, means a lot for democracy in Kosovo, and great support means great responsibility for the new leader.

Against crime without renunciation of violence

The executive power is firmly taken over by Albin Kurti, a former student leader and political prisoner of the 1990s, whom the media called Kosovo’s Che Guevara. His methods included overturning a KFOR vehicle in Kosovo. Two members of the Self-Determination were killed by UN mission forces. The movement has become a party of growing popularity, due to criticism of the crimes of the ruling elites, without renouncing the elements of violence, because three years ago they threw tear gas in parliament several times, protesting against some laws.

“We will cooperate with our diaspora. Our most successful businessman is abroad, as are some of our best students and scientists. We will have a special program for the return of ‘brains’. We will include our diaspora in state institutions, universities, but also in the business sector “, said Albin Kurti.

The biggest challenge is the relationship with Serbia

In the past, prone to anti-Western rhetoric, Kurti wants Kosovo to be a candidate for EU membership. But some members of the Union, as well as the UN, do not recognize Kosovo as a sovereign state. The relationship with Serbia, from which Kosovo seceded, is one of the biggest challenges for Kurti, who spent two years in prison and was beaten at the turn of the century for demonstrations against Slobodan Milosevic.

Kurti announced that forming a team for dialogue with Serbia is not a priority.

“Citizens have shown in polls that this issue is in 6th or 7th place. They chose us and we answer to them. The main priorities are justice and job creation “, are the first messages of Kurti.

Aversion to compromise and the European framework

These messages have worried not only the authorities in Belgrade, but also Paris and Washington, which is Kosovo’s main international protector. The State Department said that they wanted to encourage the new government of Kosovo, that negotiations with Serbia would become its priority on the way to international recognition. So far, Kurti has shown a strong aversion to compromises in negotiations with Belgrade.

“The trade approach, which was typical of the previous US administration, needs to be changed to a transformative and transatlantic approach. “Transformative, which means that we should not just check the interest and facts, we should also have values ​​and principles, and that is the EU as a framework for both European and Euro-Atlantic integration as a goal of both our countries,” said Kurti.

Referendum on unification with Albania

Kurti expects Serbia to turn its back on Russia and China and to solve the problems with his government as part of a joint path towards the European Union. Serbia is likely to find it difficult to develop trust in a politician advocating a referendum on unification with Albania, criticizing Kosovo’s constitution, which prevents such a referendum.

A number of analysts warn that Kurti, while in opposition, built his credibility on resistance, rebellion, and even conflicts. But by coming to the position, he will also have to become a diplomat. Great chance, but also a difficult task. Given the past, one of the most difficult in the Balkans.