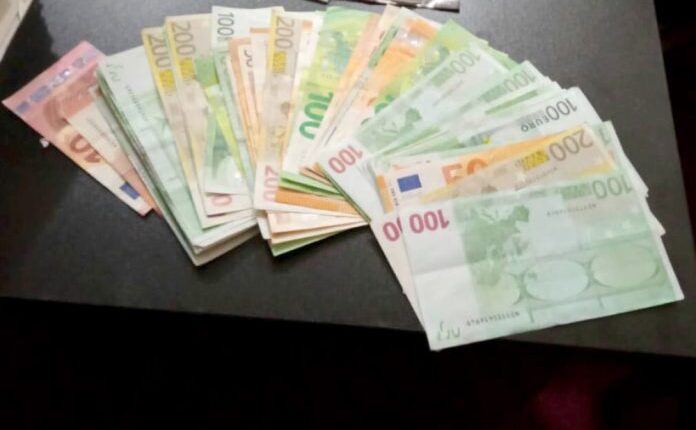 Here is how one can apply for 60 euros from the state, time is proscribed!

Photo: Ministry of the Interior of Serbia

While the citizens are waiting for the financial aid of the state of a total of 60 euros, ie 110 euros for pensioners, the announcement of possible additional support is coming.

President Aleksandar Vučić announced that he is thinking about how to additionally help the citizens during the pandemic.

“In order to additionally help the citizens, we need the highest growth rate,” said Vucic.

And the announcement of the arrival of new serious investors in Serbia supports that. The latest news is that the Japanese “Nidek” is arriving in Serbia, which is ready to invest as much as 2 billion euros in its new factory in Novi Sad. Several concrete steps have already been taken, the investment memorandum has been signed, and the signing of the contract is expected.

What is certain is that the citizens will receive financial aid very soon. The Government of Serbia recently adopted the third package of economic support, worth 249 billion dinars, which envisages direct financial assistance to citizens and the economy.

As planned, all adult citizens are entitled to 60 euros each. The payment will go in two installments, the first in May 2021 and the second in November. Pensioners will receive an additional 50 euros, so a total of 110 euros.

If citizens do not already have an open account in a bank, they will choose the bank through which they want their money to be paid and thus automatically apply for help.

They should also tick the box confirming consent to the processing of personal data.

Registration will also be possible by phone, at a number that will be officially announced in time. A call center will be opened at the end of April, announced Minister Siniša Mali.

In the first package of measures to help the economy and citizens, which was adopted at the end of March 2020, every adult citizen of Serbia received 100 euros. As the Minister of Finance, Siniša Mali, pointed out at the time, the state set aside around 70 billion dinars for this measure.

“This is a measure of support because we want to bring a dose of optimism, to show how strong Serbia is, so that everyone gets about 12,000 dinars.” It is good for increasing consumption, liquidity, but also the way in which, as a state, we want to support all citizens to go through all this together, “Mali said at the time.

Companies, from the smallest to the largest, can expect the first payment on April 8, and that is not all.

Registration starts in April, and whoever applies for the first 30 euros will automatically receive another 30 euros. It is not necessary to apply twice, and the procedure will be the same as last year, when the state gave 100 euros each.

So, the application will go electronically, through the website of the Treasury Administration, where citizens will click on the field “Submission of application” and enter their data there – JMBG, ID number and the bank where they have an account.