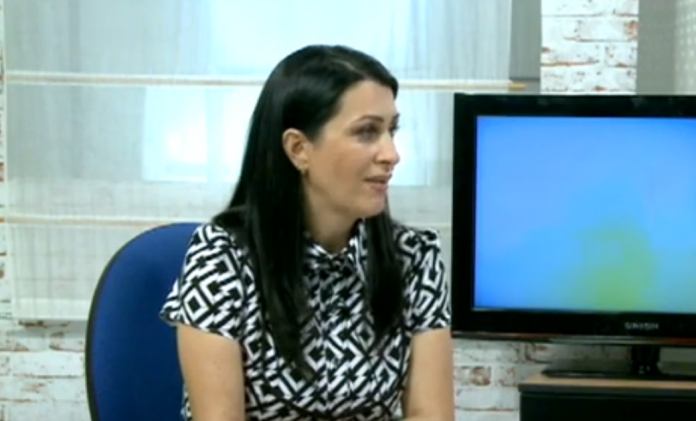 Girls as profitable entrepreneurs (3): Profitable out of necessity

If we compare the position of women from only twenty years ago when they were “invisible” and today’s images, we cannot deny that things have started in terms of equality in all spheres of life. Today, women are stronger than ever in the world of business, not only as entrepreneurs, but also as employees. Nis’s economic image is the best example of women’s empowerment – says Tatjana Mićić, the owner of one of the most famous hotels in Niš, in an interview for “Vesti”.

She was elected director of the year in the election of the Chamber of Human Resources Managers of Serbia last year. He is the holder of the highest order of the Serbian Orthodox Church of Saint Sava of the first order. It is about a director who did not fire any workers and regularly settled her obligations, even though the hotel industry is one of the hardest hit industries during 2020.

– In many companies, women are in the leading positions because it has been shown that managerial skills and work organization are actually the stronger side of the fairer sex. I am happy with the fact that the percentage of women’s entrepreneurship is constantly growing, but it is not enough in itself because the question arises whether there is a difference between the size of the business headed by women and those run by men. A survey of business opportunities in Serbia says that 99 percent of entrepreneurs run micro-businesses with up to 10 workers, which supports my claim that they decided to take this step out of necessity because they could not find a job, and founded small businesses to have their independence and provide additional income to the family – our interlocutor points out.

When asked if he can do more, he clearly answers:

– I would not call it “more”, rather I think there is room for “better”. Nurturing and raising the level of self-awareness in young women is the foundation or foundation that awakens all other competencies needed to take on the role of leader.

She considers education a key factor in empowering and developing women’s entrepreneurship.

– I think that the most common reasons why young women do not plan to start their own business are actually lack of start-up capital, knowledge and skills in running a business, uncertainty of success and earnings, high risks of the job, unfavorable cultural environment and discrimination that is still present in individual ends. It is necessary to strengthen new ideas in women’s entrepreneurship through the stabilization of the economic climate. Here, I primarily mean encouragement through various funds and projects, importing business women through the activities of the Serbian Chamber of Commerce and many active associations.

Mutual exchange of experiences, ideas and associations will help us to be the ones who participate in moving socio-cultural barriers, but also in creating and stabilizing the economy and business environment. I have the impression that history has been written by men so far and that it is time for us women to get involved.

It is interesting how Tatjana Mićić decided to start her own business.

– Our family company was established in the early nineties, and now has more than 100 workers and is one of the leaders in the Balkans in the production of mechanisms for the needs of furniture factories throughout Europe.

Later, they expanded their business to the hotel industry.

– Since 2009, we have expanded our business to the hotel industry, which I have headed since its establishment. Today we can boast of a sports and congress complex with two hotels located in the heart of Nis.

Hard for everyone because of the crown

Is it difficult to be a woman entrepreneur in Serbia?

– Yes, it is difficult, but at this moment it is equally difficult for all entrepreneurs who have been affected by the crown. As I often mention jokingly, the world so far has been tailored to men and it takes a lot of effort and skill to break down prejudices. On average, women have significantly fewer business contacts than men, who, especially as both sexes advance in their careers, are becoming increasingly important.

ENJOY A SUNNY DAY! WARM TODAY, from tomorrow we may have NEW CLOUDS WITH RAIN, WIND AND SNOW!