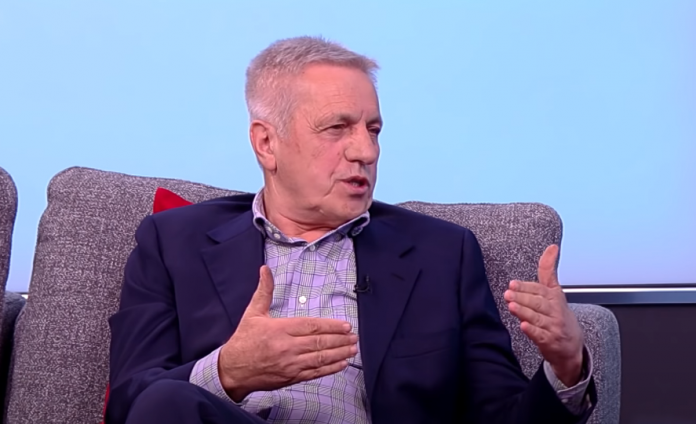 The struggle of women for equality has lasted for centuries, and in recent decades that battle has moved into the realm of business. Ladies have been shown to be successful both in running businesses and in starting their own businesses. A survey by the Serbian Chamber of Commerce shows that women own a quarter of the companies in our country. But since the ladies are more numerous and more educated, it is clear that this number should be higher. Danilo Šuković, an economist, believes that their potential is much greater, but that support is needed, as well as deeper sources of financing.

– The support of the entire community is needed, but also to increase the possibility for women to receive loans for starting their own companies. There is no business without money – says Dr. Sukovic.

According to research, every fifth woman in Serbia owns an agricultural farm, while only 12 percent own a house, and 16 percent own land. More than half of the fairer sex in rural areas are formally unemployed.

Women do most of the unpaid work in and out of the house, while the consequences of the pandemic have led to an increase in the volume of unpaid work. By switching to online business and teaching, parents help their children even more, and that burden mostly falls on mothers. According to the latest research, women worldwide do 75% of the total unpaid work at home. Unpaid jobs at home work on average four hours longer than men.

Gender inequality also stands out in the area of ​​earnings. According to the Republic Bureau of Statistics, the employment rate for women is 41.9 percent and according to occupation and gender, the largest number of employed women (60 percent) compared to men (40 percent) is in “administrative officers” as well as in service and trade occupations. ”(57 percent women, 43 percent men).

Also, the pay gap between women and men in 2018 was 8.8 percent, which means that women were paid less than men by that percentage. This data ranks Serbia among the countries with the lowest pay gap in Europe. However, if earnings are viewed by level of education or occupation, the pay gap between women and men is significantly larger than the average pay gap, most often in favor of men.

Women make up more than half of the employees in education, health, arts, natural sciences, while men are dominant in the sectors of information and communication technology, engineering, production and construction. Ladies are more in jobs that are related to service activities, production, and when they reach higher positions in companies, they are most often human resources, marketing, and partly the financial sector and education.

Even today, there is a division into male and female occupations. Thus, it is considered that for members of the fairer sex, it is mostly the job of a teacher, counter clerk or educator.

But, ladies also manage in tvz. male occupations. In Serbia, every eleventh member of the armed forces is a woman. Women in the Balkans are the least represented in the navy, air force and air defense. There are most of them in the lowest positions in the hierarchy. As for the driver’s job, it’s almost the same everywhere in the world – a woman who drives a truck often has to deal with ridicule and unsavory jokes. It is an occupation that women rarely choose or do not consider. Statistics say that the minimum salary of a truck driver is at least a thousand euros, especially for those who drive outside the country, but life on wheels is not for everyone. Another occupation that is mostly thought of as “male” is mining. The situation in Serbian mines is not easy and it is difficult for everyone, regardless of gender, but there are also ladies there. Women conquer “male” occupations, sit behind the wheel, put on helmets and become equal with the male world. But still, the state had to interfere with its fingers and “prescribe” that women legally win the supervisory boards of powerful companies.

Belgium, Italy and the Netherlands have introduced mandatory 30% quotas for women’s participation on boards in large companies operating on the stock exchange. In the United States, in 500 large companies, 27 percent of the seats on the boards of directors belong to women, reports “Forbes”.

In Norway, a law was adopted in 2005, according to which companies are obliged to have at least 40% of board members as women by 2008. Otherwise, the companies faced the danger of closure. This is the first law of its kind in the world. Spain, France and Iceland have a quota modeled on Norway.

BELIEVE IT OR NOT! An advert that shocked and made the entire of Serbia snort! A person from Užice sells a cannon for 3,000 euros

Mom’s pleasure after Ronaldo’s armband, which he hurled after Serbia aim tantrum, is flogged at public sale — RT Sport Information