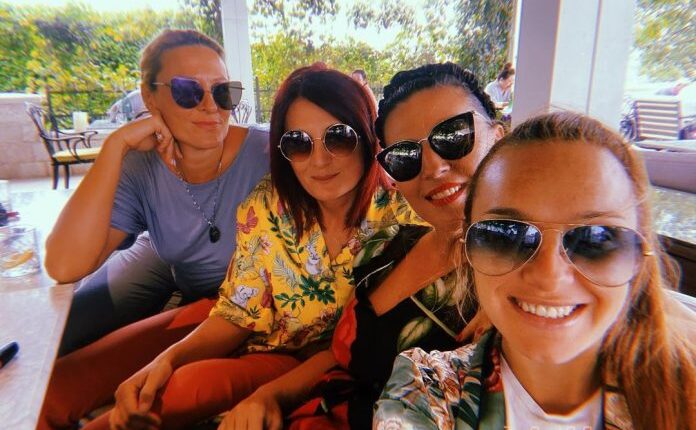 “Frajle” are left with out one member

Few can boast that he held a concert on the clouds, and they once played and sang at an altitude of ten thousand meters, to passengers on a flight from London to Belgrade.

They performed in the shop window, the monastery, the hospitals, on the ship that sailed the Seine, even at the hydroelectric power plant. Only the Moon is missing, so that the list of unusual stages is complete. In the meantime, they filled the biggest halls and squares, released six albums, broke several records, explained what it means to be the “ultimate bastard” and became a regional phenomenon. And all this without any scandal and any stain in his career.

The crown has stopped the world, thwarted countless plans, changed life from the bottom up, that’s right. At first glance, and at first glance, because it will undoubtedly cause it, this story has little to do with the pandemic. And maybe there is. “The Frajle” is no longer a quartet. From this moment on, they continue as a trio. Marija Mirković leaves the group, Natasa Mihajlović and sisters Nevena and Jelena Buča remain. In the case of one of our most popular bands, parting does not mean that love has come to an end. Although the army of fans from Vardar to Triglav may bear the new circumstances differently, the charming women from Novi Sad claim that it is not so terrible.

Celebrate your 12th birthday in early May. You get to it as a quartet, and continue with one less. How did that happen?

Jelena: First of all, I want to emphasize that I am very proud that so many years of work, togetherness, in fact life, are behind us, because this job really takes a lifetime. And on wheels. Only the pandemic forced us to calm down a bit and dedicate ourselves to some other spheres.

Marija: We planned to take a break earlier and gather energy for what awaits us, for new concerts, music. Then the crown happened. In the meantime, I turned to the author’s work with other people, which brought me a lot of obligations. I realized that I could no longer dedicate myself to the band, because there are a lot of accompanying things in that story. This summer we performed as long as we could, we were quite active in that for many non-working years. The obligation will certainly be in the future, when the corona crisis passes, but I realized that I could not fulfill them.

So, Maria “escaped Frajla”. The one because of whose unhappy love you gathered many years ago…

Marija: I had to make such a decision, very difficult for me and for the whole team. But I believe that something good will be born from it. At the end of the day, there is a reason why things happen at a certain point in time. I am proud of the time we spent together. I “grew up” in the band as a musician, I wrote many songs inspired by what happened to us… All that remains in my fondest memories.

– Our dear ones, after 12 wonderful years, we are entering new mornings as a trio! Maria, we wish you all the best of luck, and see you at the concerts soon. Jelena, Natasa and Nevena – the girls wrote and published a farewell video.

A DARK WEEKEND WILL OVERCOME SERBIA! IT WILL NOT BE BETTER THAN SUNDAY! Detailed forecast by cities! /PHOTO/