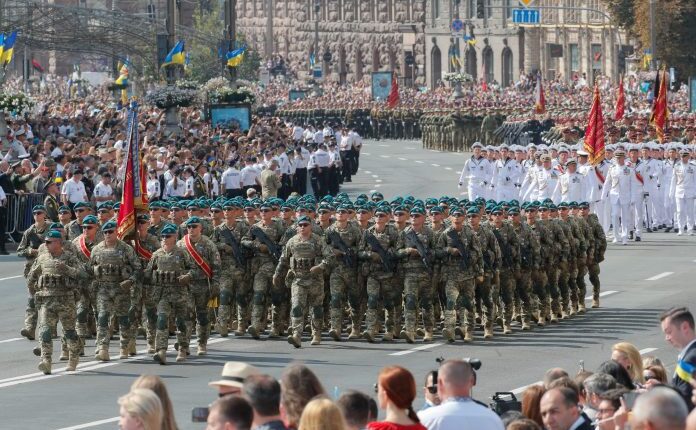 A total of 400,000 doses of the vaccine will be directed to Victoria

Australian Prime Minister Scott Morrison announced that an additional million doses of Moderna vaccine, provided by the Federal Government from the European Union, will arrive this week.

The contingent is sent by Spain, Portugal, the Czech Republic and Bulgaria, which have significant stocks that will expire in the foreseeable future. Also, the delivery of the first part of 10 million Modern vaccines, which arrive directly from the manufacturer, is expected soon.

As the Australian Technical Advisory Group on Immunization (ATAGI) recommended Modern for everyone aged 12 to 59, according to Morrison, this should speed up the vaccination of children aged 12 and older. The modern vaccine was previously provisionally approved by the Therapeutic Agents Authority (TGA).

The Prime Minister said that this was a “family dose of hope” and called on families to go to the nearest pharmacy and get vaccinated.

It is expected that 1,800 pharmacies across Australia will receive the first doses of Moderna from September 20, and a week later, the stocks will arrive in another 1,800 pharmacies.

According to the Prime Minister, this additional supply of vaccines enables the stocks to be urgently directed to where they are most needed. The government has previously provided additional Pfizer vaccines from Poland, Singapore and the United Kingdom.

Of these additional quantities of Fayezer and Moderna, 400,000 will be directed to Victoria, where the state is struggling with an increase in the number of positive cases.

In this way, all Australians will be offered to be vaccinated, not in January, as previously announced, but in October.

In addition, the Prime Minister announced that with sufficient quantities of the vaccine, the state is in a situation to take the next steps in the national plan for the safe opening of Australia.

Victoria’s Prime Minister Daniel Andrews said that the state is close to a million given doses of vaccines, and that vaccination is the only way to “get closer to something normal that we can expect from next year.”

The Minister of Trade and Tourism, Den Tian, ​​said that the government is already working on preparations for achieving the goal of 80 percent of the vaccinated and reopening the international borders.
As he pointed out, a QR code has already been developed that provides evidence of the vaccinated status of people, which is sent for testing to the Pacific islands, Singapore, Japan, South Korea, Great Britain and the USA.

The government is currently spending an additional $ 50 million on a new campaign to try to persuade 20 percent of Australians who do not want to be vaccinated against kovid to change their minds. The “First Things First” campaign, according to Health Minister Greg Hunt, paves the way for a normal life.
So far, close to 67 percent of Australians over the age of 16 have received at least one dose, and almost 42 percent have been fully vaccinated. About 22 million doses have been given nationwide.