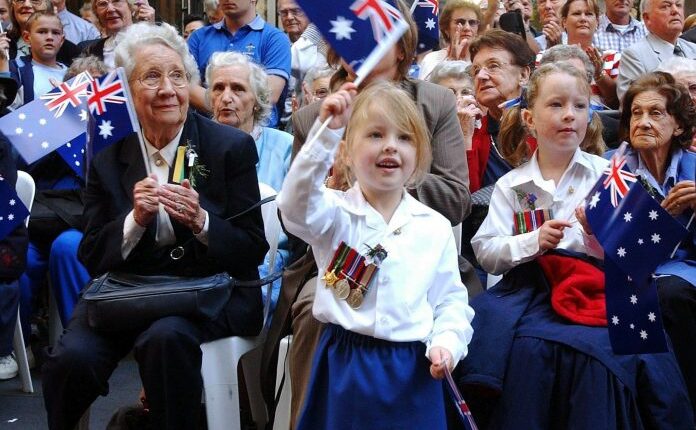 Each man is necessary! – Information on-line

In less than two weeks, on August 10, the 18th national census of the population and households in Australia will be held. The census, or Census, is conducted every five years, and the last one was on August 9, 2016.

The Australian Bureau of Statistics (ABS) works every five years to adjust the content and procedures of the census, with the aim of better covering all contemporary issues related to the diverse population of Australia.

Namely, it is extremely important that the census remains relevant, that the questions asked in the form can be easily answered and, what is most important in the census for the Serb community, and what the census is best at, is that there is a need for information in a small area and within a smaller population.

In this year’s census, all Australians, whether citizens or holders of permanent or temporary visas, will answer 60 questions covering different categories of data – from age, marital status, education, to extremely important items such as are the origin, religious affiliation and language spoken at home.
The Australian census is considered one of the most comprehensive in the world, and this year’s is even more detailed than the previous one.

A new question is about long-term health circumstances. Namely, the census will, for the first time, collect data on whether people have chronic health problems such as asthma, diabetes, high blood pressure, mental health and others. The opportunity to link this to socio-economic status can be extremely useful for state institutions, as well as an opportunity to map vulnerable communities.

Another new issue concerns service (past or present) in the Australian military.

When it comes to gender, in addition to male and female, the option of non-binary gender is also included, for persons who do not want to declare themselves as members of either male or female sex.
The broader issues of gender identity and sexual orientation, which were proposed, however, were not included in this year’s list. Questions of same-sex couples are not asked separately, but data can be obtained from the answer to the question “household relationship”.

Although most households will receive a code to access the census website by mail, a letter will be attached allowing you to call ABS and ask them to send you a printed form on paper (and a return mail envelope) if you wish to complete the questionnaire that way.

Forms on paper will also be automatically delivered to some areas, including communities in remote parts of the country, places with low Internet coverage, and the elderly population who are less likely to use the Internet.

ABS has completely changed the process of hiring field staff this year. Now the hiring of employees who make the list is left to the employment company “Adeko”, which directly recruits both managers and field employees. It remains to be seen how this will affect the quality of the field staff.

Also, the role of field staff differs from the previous census. Namely, in most areas, access codes to the online form are sent to all addresses, so there is no need for staff to submit the forms. Most of the work is after the census night: monitoring households that did not respond and collecting forms from hospitals, nursing homes, hotels.

The novelty of this year’s census is the working conditions during the pandemic, which did not happen before. The contact of field officers with the population will be much less than before, but that does not mean that there is no need for contact.

Standard measures to protect against covids, such as physical distance, wearing masks and hand hygiene, will be strengthened with census staff. There is also a special procedure for counting people in hotel quarantine, which will be done online.

Eventually declaring a lockdown can cause data tracking issues. It is unknown at this time how long the online form or collection of printed questionnaires will be open. The previous census was open until the end of September, so there was enough time to collect data.

Whoever refuses – goes to court

Participation in the census in Australia is mandatory and regulated by the Census and Statistics Act of 1905. If someone refuses to participate, ABS statisticians can ask the person to fill out a form, and if they refuse to participate after receiving a warning, the person can end up on court. Without good reason, a fine and a criminal conviction generally follow.