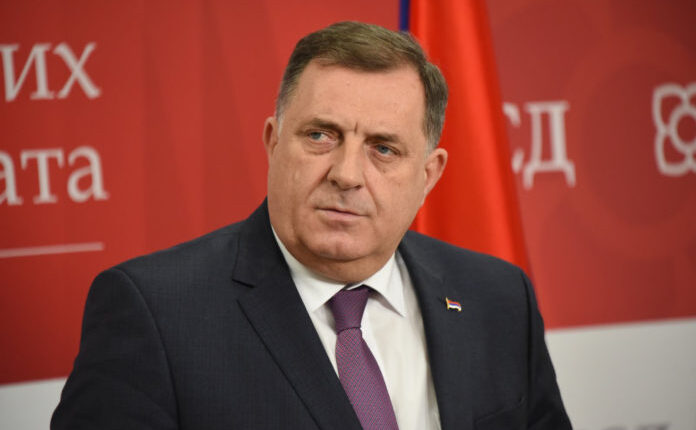 The Alliance of Independent Social Democrats opposes the arrival of a new high representative in BiH because it believes that his office should be abolished, SNSD leader Milorad Dodik said. The Serbian member and chairman of the Presidency of BiH reminds that Russia’s position is that the Office of the High Representative (OHR) has nothing more to ask for in Bosnia.

– If Moscow is not in the election of a new High Representative, then it is not possible to elect him – claims Dodik, assessing that the current head of the OHR Valentin Inzko is behaving unprincipledly and that before making serious accusations against Republika Srpska and issuing an ultimatum to its Assembly in mind what his compatriot and former United Nations Secretary-General Kurt Waldheim was doing in this area.

– He participated in the fascist phalanxes that moved here, and he was at Kozara in 1942 and at the end of his career he was characterized as a representative of the fascist movement. Waldheim died, but it is not known whether anyone in Austria asked for the decorations he received to be withdrawn, which speaks of the unprincipled behavior of Valentin Inzko, who asks Srpska to take away the decorations of people who deserve to create RS – said Dodik.

The leader of the SNSD thinks that the head of the OHR is trying in vain to be important.

– Inzko is a ruin, which is unfairly present in this area and has no reputation – claims Dodik.

Speaking about the actions of the High Representatives in BiH and their bringing in, he pointed out that only Carl Bildt was elected in accordance with the procedure prescribed by the Dayton Agreement, ie Annex 10 of that act, which means that the appointment of the OHR chief is proposed by Dayton signatories. confirmed by the UN Security Council.

– Except for Bildt, all other high representatives were elected outside the Dayton Agreement, which was a bluff of the international factor, which brought us people who were not in accordance with international law and the agreement – the Serbian member and chairman of the Presidency of BiH pointed out.

Commenting on the announcements of the reorganization of BiH, Dodik said that it was clear to the RS representatives that the new American administration headed by Joseph Biden and the European Union would act in synchrony in this area with the goal of building a unitary and centralized BiH, under the pretext of European integration.

– Our answer must be very clear. We do not accept such policies and goals, but we demand that the Dayton Agreement be respected. The Dayton organization is not a problem of the functioning of BiH, but it is a lack of willingness to apply and respect it. I think that the great expectations of Bosniaks in that direction are unrealistic, and we remain committed to Dayton. We are for the European path, but not the one that violates and reduces our autonomy – said Dodik.

Adopt a law on the origin of property

The SNSD will propose the adoption of a law on the origin of property and a tax on illegally acquired property. The leader of the ruling party announces that the draft law could be found in the RS Assembly in March.

– The law should be passed in order to stop speculations about the property of officials – said Dodik, adding that such a law is already being applied in Serbia.

Does he need a statue too? Trump to host ‘Serbia-Kosovo’ summit in Washington on ominous anniversary — RT Op-ed

Congress President: assertion on native elections to be held on 21 June in Serbia