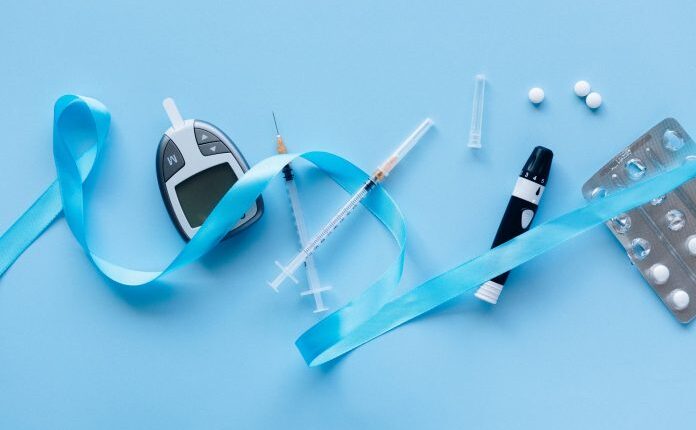 Diabetes – a standard and insidious illness

Diabetes is a very insidious disease and can go unnoticed for months, so you don’t even know how something happens to your body.

Statistics say that one in three people do not know they have diabetes at all. Today we tell you about the early symptoms that you must not ignore.

Most people experience early symptoms, but in a way ignore them because they don’t really know what they are. Early diagnosis is also very important in diabetes, because it can have a significant impact on long-term health. If you don’t know you have diabetes for three years, it increases your chances of heart disease by as much as 29 percent.

Diabetes is a term used for blood sugar levels that have been elevated for some time in continuity. The symptoms of diabetes are in most cases the same in children and adults. Patients with type 1 diabetes usually develop symptoms quite suddenly, in a short period of time.

On the other hand, type 2 diabetes develops rather slowly and its symptoms are harder to recognize. The symptoms appear gradually one after the other and that is one of the reasons why they often go unnoticed. In some people, early symptoms do not appear at all, and we list some of the most common.

A significant increase in the number of visits to the toilet is one of the symptoms of high blood sugar. On average, an adult should urinate between four and seven times in a 24-hour period. If you get up to urinate at night, even if you did it before going to bed, it is usually a sign that something is wrong. This happens because the kidneys work harder than usual to get rid of excess glucose from the blood, and the sugar that the kidneys are not able to absorb is excreted in the urine.

If you need large amounts of fluids during the day or even at night, this is usually a sign that you should pay attention to. It can happen that people in such situations drink up to four liters of liquid, you can feel thirst immediately after drinking a glass of water. On the other hand, the more water you drink, the more you urinate which takes us back to the very beginning. Thirst is actually a reaction of the body to frequent urination.

Diabetics can feel constant hunger and craving for healthy, but also those less healthy foods. In such cases, your brain constantly tells you that you should eat even though you got up from the table a little while ago. In diabetics, the ability to self-regulate blood sugar is lost, which leads to a significant fluctuation in blood sugar levels, and after that, the brain thinks that it craves sugar and calories.

This is one of the main signs of diabetes, and it can happen that the patient loses between 5-10 kilograms in a few weeks or months, even though he has not changed anything in his diet and exercise. This is a symptom that is more typical for type 1 diabetes when the metabolism stops very quickly. This happens because new energy does not come into the cells, and the body thinks that you are starving, so they break down proteins in order to provide the necessary energy. All this leads to melting of muscle mass and sudden weight loss.

Diabetes will in most cases make you feel tired, lethargic and weak even for some of the most basic obligations and activities. Because of the sugar that is in the blood, not in the cells, you literally have less energy than usual. The body also expends the remaining energy to compensate for the irregular sugar level. The kidneys work faster, and probably due to the urination, you sleep less – which takes a toll.

Tingling in the arms and legs

A tingling sensation in the extremities is a very common symptom of diabetes. It usually occurs immediately after waking up, and a burning sensation may also occur.

Vision problems are also a very common symptom that something is happening, but fortunately the problem can be solved if diabetes is diagnosed on time. This occurs because excess blood sugar draws fluid from cells and tissues, which includes the lenses in your eyes, which makes it difficult to focus.

This can be a sign of high sugar and improper hormone secretion. It can even happen that the skin is slightly darker under the armpits or around the neck. Dry skin can be the result of poor circulation or due to increased fluid loss due to frequent urination. Darker skin has to do with hormonal changes, ie insulin resistance.

It is not uncommon for people who have high blood sugar to heal the slightest scratches very slowly. This is especially true of parts of the body that are far from the heart, such as the feet and hands.

I CARRY YOU PROUDLY, I AM PROUD OF YOU! Grasp George is the final Užice resident of his craft, however the PRESIDENT has heard about him!