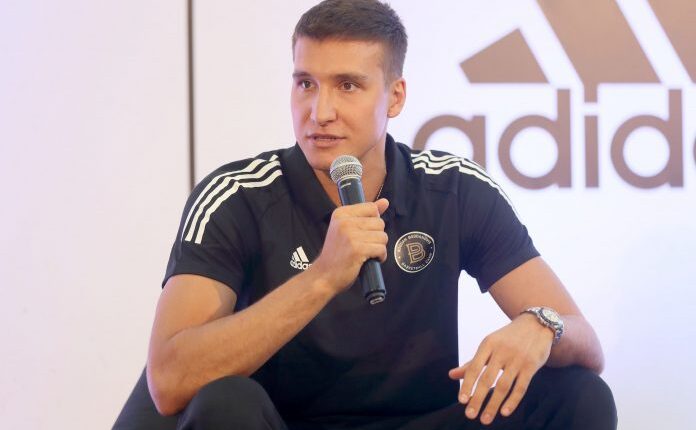 Bogdan Bogdanović introduced his return to Partizan: “I do know what I promised, I am sticking to it!”

Serbian basketball player Bogdan Bogdanović held a press conference on the occasion of the organization of his basketball camp, which will be held in Kalemegdan from August 27 to 29.

In addition to chatting with some of the former participants of the camp, which is free this year as well, Bogdan talked about how he got the motivation to animate kids and promote basketball, and the inevitable topic was BC Partizan, which is starting a new era with Zeljko Obradovic.

As he says, he plans to return to Partizan one day for sure, as the journalists asked him.

– It’s nice to be there. As for Partizan, we should not talk about my love for that team. I still keep that promise, we’ll see when that happens, now I’m under a contract for at least another three years.

– Since Željko is on the bench, I know because I left him for Partizan, in order to further progress and gain new knowledge and everything that goes with it. I believe in him, and the players will adapt – Bogdanović pointed out.

One of the questions also referred to the Olympic Games, where Serbia failed to leave after the defeat by Italy in the final of the qualifying tournament. Bogdan could not participate due to obligations in the NBA league, where he played in the playoffs with Atlanta, but he points out that he will play in Paris in 2024.

He was also asked about his motivation to organize camps for children.

– I put myself when I was little and how it was for me at some camps. I was at a camp in Kalisz, it was interesting for me to be there in Kalisz with a lot of those kids, and I still remember some people from that day. That is also my goal, I felt that I could animate the kids and promote basketball – said Bogdan, who also announces surprise guests.

– In previous years, it was easier to organize because many were in the city, since the season had just ended, I am still in communication – the ace of Atlanta points out.

In the end, Bogdan said that he would not change anything in his career.

– I would not change anything, everyone has to look for their own way, because it is a path without end, it is constantly changing and it is never the same. It is also a piece of advice to them, to be patient and to believe in themselves. That is what keeps you going – concluded Bogdan Bogdanović.

As Temperatures Rise, So Do the Well being Dangers for California’s Farmworkers