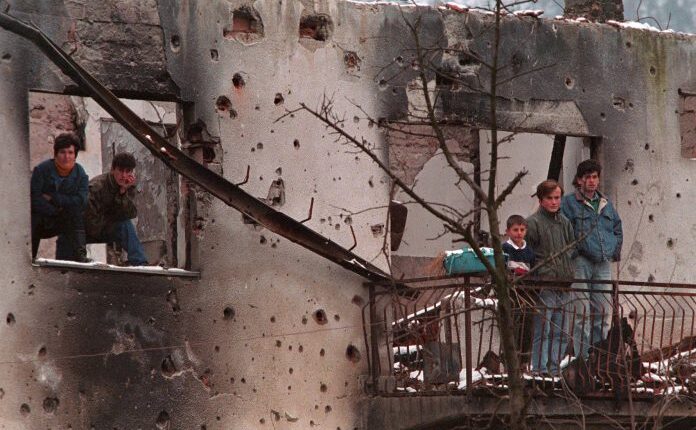 The arrest of the former head of the Criminal Police Sector in the Federal Police Administration, Edina Vranje, suddenly caused a new diplomatic storm and resentment of official Sarajevo.

BiH Ambassador to Serbia Aida Smajic was called for urgent consultations, and two members of the BiH Presidency from the Croat and Muslim entities, Zeljko Komsic and Sefik Dzaferovic, accused Serbian authorities of “continuing the persecution of BiH veterans” and that the arrest of Vranje was an abuse. the principle of universal jurisdiction in the prosecution of war crimes ”.

In a joint statement, they stated that it was a matter of “revising the truth about the war in BiH and equalizing the warring parties when it comes to committed crimes”, which is why they demonstratively canceled their trip to Belgrade for the Non-Aligned Summit on the occasion of the Movement’s six decades.

The Republika Srpska retaliated by saying that Bosniaks in BiH were “determined” to prosecute crimes only against their own people, while seeing suspects in crimes against other peoples as “a blow to BiH and persecution of its citizens.”

Milan Vujadinovic, president of the Serbian Parliament’s Committee for the Diaspora and Serbs in the region, retorted that “attempts to intimidate BiH citizens with Serbia as an enemy country and thus keep them trapped in the past are in vain.”

Edin Vranja was arrested on Sunday upon entering Serbia on the basis of a warrant issued against him in 2018 on suspicion that he participated in war crimes in the Gorazde camp during the war. Shortly after his arrest, he was transferred to the Belgrade War Crimes Chamber’s Detention Unit in Belgrade and gave his first statement in the presence of an ex-officio lawyer on Monday.

According to “Vesti”, the indictment against him contains at least five statements of witnesses – victims of the camp in Gorazde.

These are the testimonies of captured members of the VRS after the attack of the Army of BiH at the beginning of 1993 on several Serb villages, the largest of which are Strmica and Međeđa.

Witnesses said that from January 21, 1993 to October 1994, they were detained in the basement of the ZOIL, and that later senior police officers of the Federation of BiH, Edin Vranj, and Himzo Selimović, Director of the Directorate for Coordination of Police Bodies of BiH.

“Five witnesses confirmed that in most cases Selimovic and Vranj interrogated, harassed, abused and beat them, while other witnesses stated in their statements that other persons abused them during their detention. According to one witness, all prisoners were questioned separately in the room above the prison. As he stated, this witness was interrogated several times by Selimović, with whom investigator Vranj was occasionally with. The witness said that the questions referred to information related to the war activities of the Republika Srpska Army units in the area of ​​Rudo and the surrounding towns, the number of units, the availability of weapons and combat equipment, “is only part of the report based on when the investigation was launched.

One of the witnesses was more than specific in his description of the interrogation, stating that “every negative response was followed by abuse and torture”. He stated that on one occasion, Selimović and Vranj threw him across the table and hit him on the back and head, which left severe and lasting consequences for his health, which is why he was treated several times in Serbia. This witness stated that Selimović kicked his son’s crotch, who was present at the interrogation.

The RS Ministry of the Interior dealt with the events in the Goražde camp until 2014, and then the investigation was taken over by the BiH Investigation and Protection Agency and the BiH Prosecutor’s Office. After four years, an indictment was filed against Selimović, but not Vranj. At that time, SIPA also accused Zaim Imamović, Avdija Šabanović, Alija Topalović, Omer Bilić and Ahmed Sejdić.

Several hundred Serb civilians were killed in the Gorazde area, many of whom passed through several camps in the town. One was in the MUP building, the other in the ZOIL building, but also in Mujkanovići and in the printing house in Vitkovići.

One of the witnesses to the crime also recounted the case when one of the commanders ordered that several Serb prisoners be sent to a tunnel in the Strmica area.

“They were ordered to be in front of the soldiers to clear the mines. In that “cleansing, two people died.”

In a description of the events in the Gorazde camp, one of the witnesses described that Selimovic, just a few days before he was exchanged, took him to his office and said: “I would like to slaughter you now, there is nothing harder for me than I have to let it be exchanged. ” After that, he beat and abused him for about 20 minutes.

All witnesses stated that they were interrogated several times a day, even at night, for the first 17 days, and that the abuses were constant.

Members of the Agency for Investigation and Protection of BiH arrested Behudin Husić, who is one of the suspects in the murder of four Serb civilians in the area of ​​Srebrenica in 1996, on the basis of an international arrest warrant in Špionica near Srebrenik. Husic was arrested on the order of the District Court in Bijeljina.

A HOME FOR BAPTISMS IS BEING BUILT A life want has come true for a Serbian household from Gračanica, IT WILL GET A NEW HOUSE