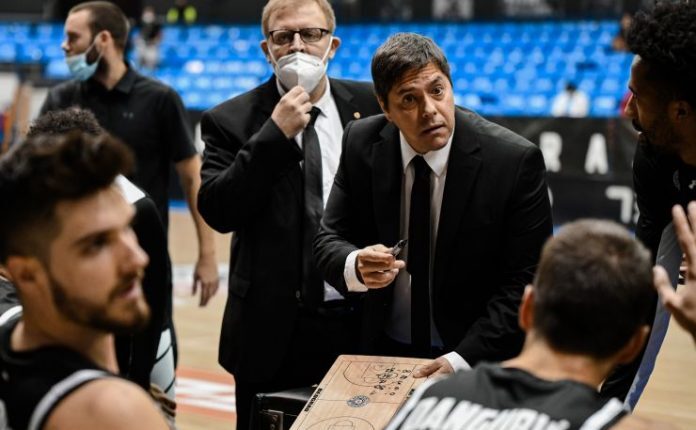 “Adjustments are required after each defeat”

Partizan basketball coach Saso Filipovski said that the team lost its identity due to a large number of changes that are required after each defeat.

Partizan lost to Igokea with 83:75 in Belgrade and thus tied four defeats in the ABA league.

– After each defeat, changes in the team are required. The team has changed so much that it has lost its identity. We should give the maximum and get what can be taken out of this season. He can no longer bring new players to Europe. We could not sign what we asked for. We have what we have. It’s not just about changing, it takes time to play them. When the new one comes, you take two steps back to prepare the team. And, there are no players on the market that clubs are fighting for, so that we can bring them – said Filipovski after the game.

Filipovski stated that he has “several reasons” for the defeat and did not want to look for an alibi in “emotional emptiness” after the victory over Lokomotiv in the Eurocup.

– That game took us a lot, a lot of energy. But to look for excuses… Why zero points, I don’t know… We had a lot of clean situations. We bravely took those shots. We simply did not hit them – said Filipovski.

Speaking about the match with Igokea, Filipovski said that Partizan “did not stop what was agreed”, and that is the creation of Anthony Clemons, who, as he stated, caused a lot of problems.

– I think we deservedly triumphed. Partizan did not manage on our solid defense. It worked very well. We allowed Partizan to join our mistakes, but we were smart enough and we were rewarded for our sacrifice – said Bajić.

He stated that Igokea plays well throughout the season and pointed out that “he can always do better”, but that no one expected what has been achieved so far, not even him.

Asked whether Igokea can reach the trophy in the ABA league, Bajic said that it was “not realistic” considering the competition, and that the club from Republika Srpska was not burdened by the result.

"This virus assaults everybody, however THIS CAN SAVE US": Dr. Mijomir Pelemis says that we’re LUCKY in a single factor