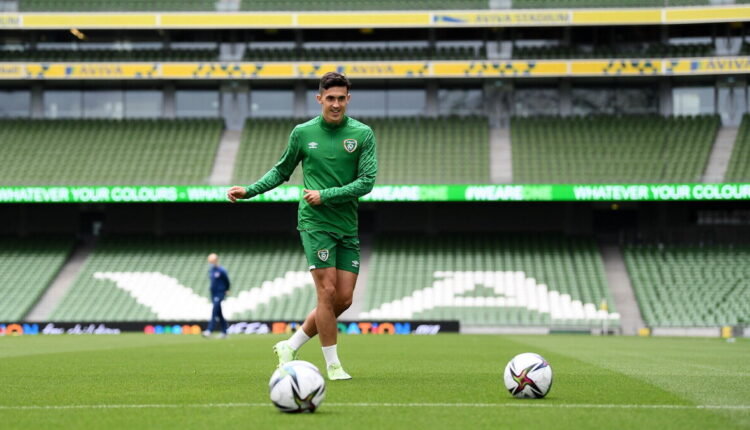 Jamie McGrath returns to the Irish side as one of four changes for tonight’s World Cup qualifier against Serbia.

Nothing short of a win will be enough for Stephen Kenny’s side to keep the appearance of interest in qualifying for next year’s finals.

Only aiming for his second win in just 16 games, the coach has called back the St. Mirren attacker to support lone striker Adam Idah, who is making his third start in six days.

Aaron Connolly followed Seamus Coleman as an injury-related retreat from the team that drew 1-1 with Azerbaijan on Saturday.

Jeff Hendrick is also back on the team from the 2-1 defeat against Portugal last Wednesday, while Alan Browne will start after a brief cameo at the weekend.

There is a first start for Andrew Omobamidele, who comes as one of the three central defenders in Coleman’s position.

For Serbia, the main news is that Aleksandar Mitrovic is shedding a broken cheekbone to take his place at the forefront of the attack.

He is assisted by Fiorentina’s Dusan Vlahovic in an offensive selection by Dragan Stojković.

They will try to catch up with leaders Portugal by taking the three points from Dublin.

GINASOVAC GORAN FAVORITE OF THE DAY OF MADNESS! He hopes that somebody will hardly have the ability to surpass the pumpkin “Milka” / PHOTO /