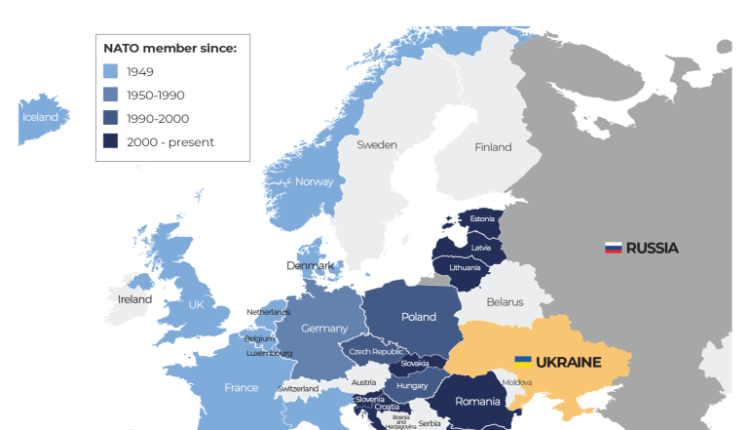 The recent European move against the Russian foreign minister, in which airspace closures forced him to cancel a visit to Belgrade, shows how isolated Serbia has become on the world stage, according to analysts.

Sergey Lavrov was scheduled to visit Belgrade on Monday for talks with top officials, including President Aleksandar Vucic, on a two-day visit.

But the trip was halted after Serbia’s neighbors, all of which are NATO members – Montenegro, North Macedonia and Bulgaria – closed their airspace to his plane.

“An unthinkable thing has happened,” Lavrov said during an online news conference Monday.

“A sovereign state has been deprived of its right to conduct foreign policies. The international activities of Serbia on the Russian track have been blocked.”

Lavrov blamed NATO for devising the flight ban. He said the move showed that the US-led alliance’s main purpose was to isolate Russia.

“From the Western point of view, Serbia mustn’t have any choice, any freedom in choosing its partners,” he said. “The West clearly shows that it would use any base means to apply pressure.”

Political scientist Jasmin Mujanovic told Al Jazeera that Lavrov’s failed visit was “a stark illustration of how isolated Serbia has become within the region”.

“Despite the meeting not having taken place, it was already announced by Vucic and was only prevented by a joint action of regional NATO states. It’s a huge fiasco and diplomatic scandal for Serbia,” Mujanovic said.

Lavrov was also due to meet his counterpart Nikola Selakovic and Serbian Orthodox Church Patriarch Porfirije.

In an interview with Serbian broadcaster RTS on Monday evening, Vucic said he has not seen “this amount of hysteria towards one small country in a long, long time”.

“This small country isn’t allowed to exist. The hysteria showed what they want. They see that they can’t do anything to Russia, and then it gets to the point where they’re taking it out on a small country.”

Despite formally seeking EU membership, Serbia is the only European country aside from Belarus that has refused to sanction Russia since its war on Ukraine began on February 24.

While Belgrade has condemned Russia’s military action in Ukraine, officials in the West have accused Serbia of sitting on the fence.

Many in Serbia view Russia as a close ally. The two Orthodox Christian nations share cultural ties as well as military and economic partnerships. Russia – with its veto power at the UN – has also backed Serbia in the Kosovo dispute.

Kurt Bassuener, senior associate at the Berlin-based Democratization Policy Council, told Al Jazeera the incident “shows how out of step Serbia is with its neighbors, and with the West”.

“I think that Vucic has gotten so accustomed to being catered to by the West and indulged that maybe it skewed his sense of the possible, that he thought: ‘I could conduct my independent, non-aligned diplomacy and no one would challenge me because they’re afraid of losing me,’” Bassuener said.

“Both the announced visit and the airspace that was denied by Serbia’s neighbors is a clear demonstration that Serbia is out of step with the rest of the democratic world and its relationship with Russia.”

He added that the incident did not mark the first time Lavrov has been blocked from travelling, as he was prevented “early on” from going to Geneva by the EU.

On February 27, four days after the Russian invasion began, the EU confirmed it had shut down airspace to Russia in response to its aggressive operation.

“Our airspace will be closed to every Russian plane. And that includes the private jets of oligarchs too,” said European Commission President Ursula von der Leyen

Lavrov had been due to attend a UN session in Geneva the following day.

“Russian FM #Lavrov’s visit to #Geneva for the session of the @UN_HRC and the Conference on Disarmament has been canceled due to an unprecedented ban on his flight in the airspace of a number of EU countries that have imposed anti-Russian sanctions,” the Russian Mission in Geneva tweeted at the time.