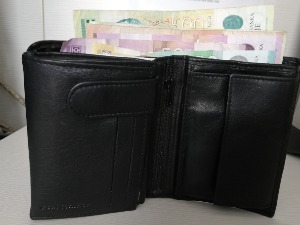 Registration for a further 20 euros of help begins

The Minister of Finance, Siniša Mali, said that citizens who applied for financial assistance in the amount of twice 30 euros in May, as well as pension beneficiaries, recipients of financial social assistance and persons in the Institute for Execution of Criminal Sanctions, should not apply for 20 euros of additional state aid, which will be automatically paid to them in December.

He reminded that in three days in November, more than 5.7 million citizens were paid, who received 30 euros each, the Ministry of Finance announced.

Mali emphasized that other adult citizens of Serbia with residence in the territory of the Republic of Serbia and a valid ID card, who have not previously applied, and want to receive additional financial assistance in the amount of 20 euros in dinars, as well as those who have acquired the right in the meantime for assistance, whether they have reached the age of majority or obtained citizenship, residence and ID card, they can apply on the portal of the Treasury from 15 to 30 November.

“After entering personal data, they will have an application whose status they will be able to check on the mentioned portal. After processing the application, registered citizens will be able to withdraw the amount of additional financial aid from their or a dedicated account,” the Minister of Finance explained.

He emphasized that this measure of support is a continuation of continuous support to citizens in order to reduce the consequences of the corona virus pandemic, which is awarded within the third package of support to the economy and citizens of Serbia.

“The state has again fulfilled all its obligations as promised, without a day of delay, and once again showed that the Serbian economy is stable, that we have enough money and that the citizens of Serbia can trust their state,” said Mali.

Recalling that two more packages of support to the economy and citizens of Serbia were implemented last year, the Minister of Finance said that all three packages were worth a total of eight billion euros and that these packages saved the Serbian economy and helped preserve the living standards of Serbian citizens.

“Three packages of support directly influenced the increase of liquidity of economic entities and facilitated their business. At the same time, through direct payments to the population, domestic demand was stimulated, which indirectly affects economic activity,” said Mali.

He also reminded that our oldest fellow citizens can expect another 20,000 dinars in February next year, which is also foreseen in the budget for 2022, which will soon be before the deputies of the Assembly of Serbia.

Dry climate as we speak and tomorrow, with low temperatures