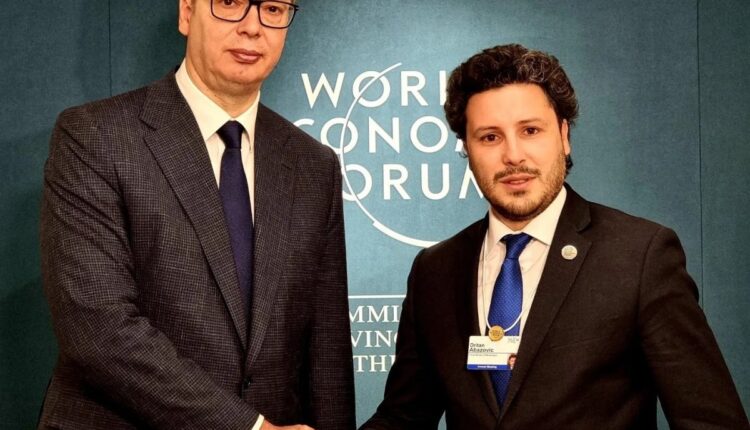 This was their first meeting since Abazovic took over as Prime Minister.

“Excellent opportunity to discuss bilateral issues with Dritan Abazovic at the World Economic Forum and to invite him again to join us at the Open Balkan Initiative meeting in Ohrid,” Vucic wrote on his Instagram account. That meeting is scheduled to be held on June 7-8 in North Macedonia.

Abazovic wrote on his Twitter account that Montenegro is investing a maximum effort to promote regional cooperation, reconciliation and better economic ties. “Relations with Serbia are a priority – we are prepared for intensive cooperation in all areas of mutual interest,” he wrote after the meeting with Vucic.

In an earlier post Vucic said that he took part in a difficult debate about the future of Western Balkans behind closed doors.