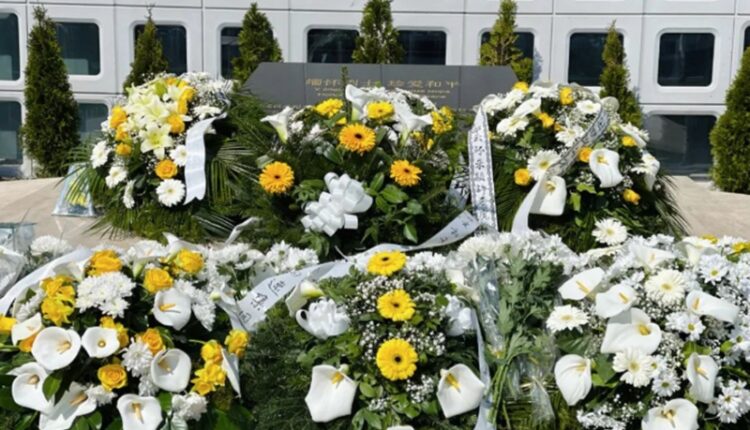 Without reflecting on the disastrous results on the current Ukraine crisis, which was caused by its eastward expansion, US-led NATO is working to bring Finland and Sweden into the alliance and increase its presence in the Asia-Pacific region. As Saturday marks the day to honor martyrs killed in the NATO bombing of Chinese Embassy in the former Yugoslavia 23 years ago on May 7, the Chinese people will never forget the barbaric atrocities of NATO, and analysts warn countries especially those in Asia to keep on high alert when it comes to NATO’s expansion and confrontation.

The White House on Thursday welcomed deliberations by Finland and Sweden on potentially joining the NATO alliance, Reuters reported and called it “a development resulting from Russia’s invasion of Ukraine.”

Finland and Sweden took a major step toward joining NATO in the middle of April citing concerns of Russia’s military actions in Ukraine. However, Russia had repeatedly warned that the move is a provocation and said it would have to “rebalance the situation” with its own measures. 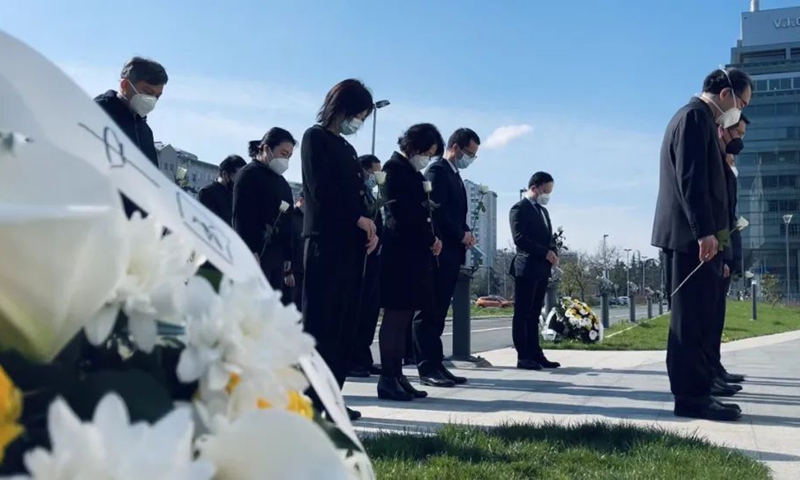 With the crisis continuing in Ukraine, the US-led NATO has done nothing useful to deescalate the conflict, but to add oil to the fire by offering weapons to Ukraine continuously. To make things worse, NATO is using the opportunity to expand in Nordic countries and globally, which has raised growing concerns about security, analysts said.

It is obvious NATO is using the Ukraine crisis to seek its enlargement globally, especially in Asia or to include more topics of Asian countries, Li Kaisheng, research fellow and deputy director at the Institute of International Relations of the Shanghai Academy of Social Sciences, told the Global Times.

South Korea and Japan have been chosen by NATO as a bridge to help with its expansion in Asia as they are allies of the US, the main pusher of NATO’s enlargement globally, Li said, noting that Japan has always played a crucial role in helping US ‘ Indo-Pacific strategy while South Korea, after President-elect Yoon Suk-yeol takes office in May, may get even closer with NATO as he aims to enhance alliance with the US.

South Korean and Japanese foreign ministers were invited to join the high-profile NATO session in April for the first time as NATO seeks to gain cooperation from Asia to isolate Russia and pressure China over the Ukraine crisis.

South Korea’s state intelligence agency, the National Intelligence Service, said on Thursday that it has joined the NATO Cooperative Cyber ​​Defense Center of Excellence as the first Asian member, according to Yonhap.

By cooperating with South Korea’s spy agency, the US-led NATO is attempting to turn the Northeast Asian country into a chess piece to contain China and Russia in the realm of cyber defense. It has extended its cyber defense to the Korean Peninsula, Northeast Asia and even the Indo-Pacific region, paving the way for the interference of Western forces in regional geopolitical affairs, according to observers.

Cui Hongjian, director of the Department of European Studies at the China Institute of International Studies, told the Global Times on Friday that the US, as the main member of NATO, expects to expand NATO’s influence in the Asian-Pacific region. But some members in the organization may not necessarily agree with the US and it is important to see how NATO deems its relations with China in the June summit.

Since the beginning of the Russia-Ukraine conflict, NATO is taking tougher tones against China. At the Madrid Summit in June, NATO is scheduled to finalize its Strategic Concept, which takes account of NATO’s future relations with Russia and “China’s growing influence” on allied security.

Bringing NATO, a rather mature security alliance into Indo-Asia Pacific, will facilitate US’ coordination of different mechanism, including the Quad and AUKUS to better contain China, Li said, warning of a possible arms race in Asia as NATO in nature is the weapon for the US to maintain its hegemony and brings no good but wars to regions which has been proven by history and witnessed by the international community.

NATO owes a debt to China. On the late night of May 7, 1999, NATO bombed the Chinese Embassy in Belgrade with missiles during its campaign against the former Yugoslavia, killing three Chinese citizens and injuring dozens. Every year on May 7, which falls on Saturday this year, Chinese netizens commemorate martyrs and condemn the US-led NATO’s violence.

On April 4 – one day before the Tombing Sweeping Day, diplomats and working staff from Chinese Embassy in Serbia visited the old site of the Chinese Embassy to the former Yugoslavia and laid wreaths to commemorate martyrs.

At a UN Security Council meeting on Ukraine crisis on Thursday, China’s permanent representative to the UN Zhang Jun said that the Chinese people never forgot the savage act and will not allow history to repeat.

At the press conference on Friday, Chinese Foreign Ministry spokesperson Zhao Lijian also noted that NATO claims to be a defensive organization but it violated international laws to only want start wars in other countries and caused casualties of numerous civilians.

NATO’s five rounds of eastward enlargement didn’t make Europe any safer but planted the seeds for the Russia-Ukraine conflict. The Cold War ended a long time ago and NATO should make adjustments in accordance with modern times.

The US-led NATO should abandon the Cold War mentality, stop inciting confrontations of different groups in Europe, the Indo-Pacific and globally, and make concrete actions to promote global peace and stability, Zhao said.

Li noted that in facing with US’ attempt to drag China into confrontations with different groups, China needs to keep strategic focus in safeguarding its core interests, including on the island of Taiwan. “We should also unite regional countries to stress cooperation.”