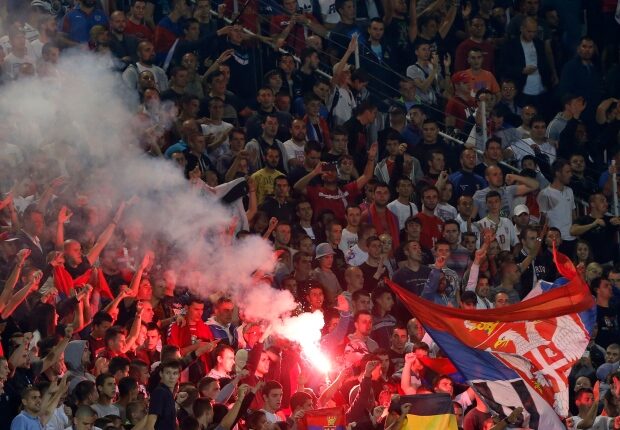 BELGRADE, Serbia – A planned visit by the Albanian Prime Minister to Serbia this week, the first in nearly 70 years, has been postponed until next month after political tensions between the two Balkan rivals rose after a football brawl.

A statement from the office of Serbian Prime Minister Aleksandar Vucic said he and Albanian counterpart Edi Rama spoke on the phone on Sunday and agreed to meet on November 10 instead of Wednesday.

The statement said the two had pledged “not to miss the opportunity to meet and work for regional stability and to turn a new page on political and economic relations between the two countries.”

The Serbia-Albania European Championship qualifier last Wednesday was interrupted after a drone with an Albanian nationalist flag triggered clashes between players and fans.