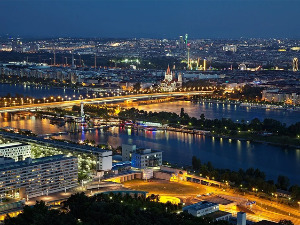 The annual ranking of the best cities to live in the world has just been published by the Economist Intelligence Unit (EIU), and the Global Living Conditions Index for 2022 shows some significant differences compared to the previous year.

The EIU, a sister organization of The Economist magazine, ranked 173 cities around the world based on a variety of factors, including health care, crime rates, political stability, infrastructure and access to green spaces.

In the just published report, Vienna, which dropped to 12th place in their rankings in early 2021 because its museums and restaurants were closed during the coronavirus pandemic, has returned to first place, to the position it held in 2018 and 2019.

“Stability and good infrastructure are the main charms of the city for its inhabitants, along with good health care and many opportunities for culture and entertainment,” the report said.

Melbourne retained its place among the top ten most desirable cities to live in the world, but other Australian cities that were in the top ten, such as Brisbane, Adelaide and Perth, fell to 27th, 30th and 32nd place.

Ukraine’s capital, Kiev, has not been considered this year due to the armed conflict with Russia since late February, while the Russian cities of Moscow and St. Petersburg have fallen due to “censorship” and the impact of Western sanctions. Moscow fell by 15 places, while St. Petersburg fell by 13 places.

The Austrian capital is followed by the capital of Denmark, Copenhagen and Zurich, Switzerland. The second Swiss city of Geneva was sixth, the German city of Frankfurt was seventh, and the Dutch city of Amsterdam was ninth.

Melbourne has held the title of the best city to live in the world for seven years since 2011, before being overtaken by Vienna in 2018.

On this year’s ranking list, the capital of Great Britain, London, was the 33rd city in the world in terms of quality of life, five places behind Manchester on the 28th. Spanish Barcelona and Madrid took the 35th and 43rd place, respectively. Italian Milan is on the 49th place, the American city of New York on the 51st, and the Chinese Beijing on the 71st place.

The capital of Lebanon, Beirut, which was devastated by the explosion in the port in 2020 and which is struggling with a severe financial crisis, is not included in the ranking of business destinations.

The capital of war-torn Syria, Damascus, has retained its least suitable place on the planet.