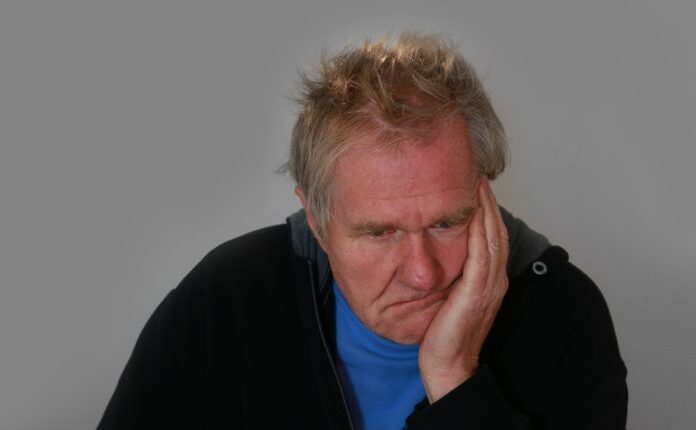 Ignoring the appearance of the first indicators of the insidious Alzheimer’s disease leads to the constant decline of the individual.

Alzheimer’s disease can come very slowly, develop over the years, and mild and early symptoms are not recognized by many as a problem, and even if they do, they often ignore it.

It is most often thought to be a stressful period that drains energy, intensifies fatigue and interferes with their daily activities. However, these signs should not be ignored, and if you find yourself or a close person in most of the above, seek medical advice.

While poor sleep has to do with stress, long-term sleep problems can be a sign of Alzheimer’s disease.

Anxiety and depression are closely linked to this disease. Such problems in the elderly often indicate Alzheimer’s disease.

It is difficult for people with Alzheimer’s disease to find the right word in conversation, so they struggle with vocabulary and repeat sentences.

Loss of interest in hobbies

Alzheimer’s attacks the part of the brain that is in charge of motivation, so they no longer have the will for hobbies.

When people feel lost and disoriented while driving, even on familiar streets while walking to familiar places, it can also be a sign of Alzheimer’s disease.

As we have already mentioned, it is difficult for them to have a conversation, especially when they are in a group of people. They often get lost in conversation.

Memory loss is the biggest consequence of Alzheimer’s disease, but it is shown earlier in people who think they are losing their memory and cannot remember what they should have done.

They are not able to take care of their money, bills and expenses.

When a person cannot remember the great events that happened that day or week, it is a serious indicator that it is Alzheimer’s disease.

According to world research, Alzheimer’s disease affects, on average, from six to 10 percent of the population older than 65 and more than one percent younger.

There are about 25,000 people with dementia in Belgrade alone. They usually function outside the health, but also the social system. Taking care of them is mainly reduced to families, which further complicates the lives of all members.

Solsker is dealing with dismissal at Manchester United