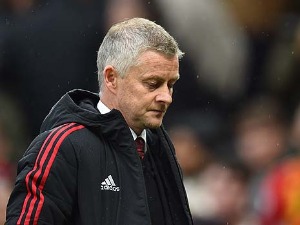 Solsker is dealing with dismissal at Manchester United

Later on defeat by Watford with 4: 1, the fifth in a row, a board of officials at Old Trafford has reportedly made a decision to terminate the contract with coach Ole Gunnar Solsker.

The acting coach should be Darren Fletcher until the appointment of a new coach, and when they officially resign, the club’s leaders will try to hire Zinedine Zidane or Brendan Rodgers, the former Liverpool manager.

Manchester United has suffered five defeats in the last seven Premier League games and is 12 points behind Chelsea, and the team strategist is considered to be the most responsible for that.

Solskjer took over the team in December 2018 after the departure of Jose Mourinho and then achieved a series of 14 victories in 19 games. United finished the next season as third in the Premier League, and Solsker signed a new three-year contract.

And then the situation changed dramatically and the team fell into a big crisis despite one of the best teams led by Cristiano Ronaldo, and many believe that the solution to that crisis is to replace the coach.