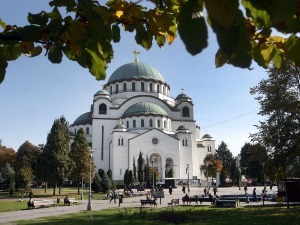 The Meeting of the Serbian Orthodox Church continued its session, Dr. Nadežda Basari was awarded the Order of Saint Sava of the second diploma

Professor Basara was decorated at the suggestion of three parish priests from Hamburg, which was submitted to the Synod by Bishop Grigorije.

Professor Basara is a world-renowned expert in the field of hematology, oncology and stem cell transplantation, and the award was given to her for her success in treating people from the most serious diseases.

It is expected that the Assembly will continue its session in the afternoon and that the election and deployment of metropolitans and bishops to vacant positions in metropolitan and dioceses will be on the agenda.

At the afternoon session, the Parliament should elect two metropolitans and one bishop – for vacant positions in the diocese of Valjevo, the Metropolitanate of Montenegro-Primorje and Zagreb-Ljubljana.

As some media previously reported, the Parliament will not elect the Metropolitan of Zagreb-Ljubljana, but the administration of that metropolitanate will be extended to Patriarch Porfirio.

The election of the successor of Metropolitan Amfilohije in the Metropolitanate of Montenegro and the Littoral was announced earlier, and the candidate for that position is the current administrator, Bishop Joanikije of Budva-Niksic.

Considering the latest developments regarding the signing of the Basic Agreement of the state of Montenegro and the Serbian Orthodox Church, it could happen that the Parliament and the election of the Metropolitan of Montenegro and the Littoral are postponed, and that Bishop Joanikiju is also extended his administration.

A statement was announced after the end of the May session.

Vučić: I will likely be branded, however I cannot signal Kosovo’s independence (VIDEO)