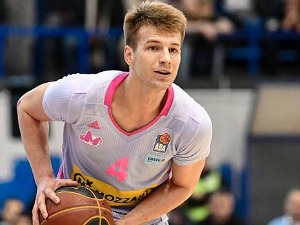 Ruzhentsev transferred from Mega to CSKA

The Russian club pointed out that he attracted attention with his excellent games, due to which he won the position in the national team.

Ruzhentsev is one of the most interesting young players in our country, technically and physically talented, whom our fans have practically never seen in action. He already has experience of playing on a professional level, he played a lot abroad, and earned an invitation to the Russian national team. is to see Samson in the colors of CSKA again, we have high hopes for him, we wish him a lot of health and to gain great self-confidence “, said the first man of the Russian club Andrej Vatutin.

The talented basketball player returned to the team in which he played in the junior competition.

“I am very glad to be in CSKA. To be honest, I did not expect all this to happen so quickly. Only two weeks ago I thought I would continue to play in Maggie. CSKA is a team I have followed since childhood, I watched many games “So moving to CSKA is without a doubt a big thing for me,” Ruzentsev said.

The Russian left Moscow at the age of 14 and went to America, where he finished Hamilton Heights High School.

He then became part of the program at the University of Florida, played in the NCAA for a year, and in 2021 he strengthened the ranks of Mega.