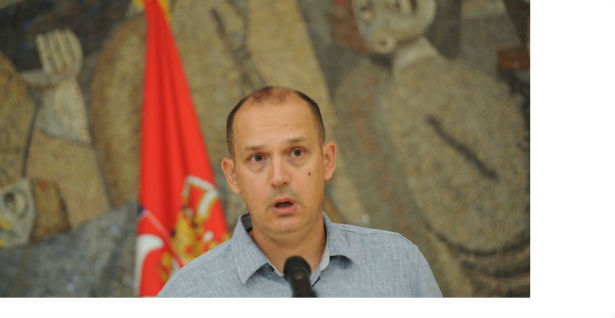 Lončar: New drug against kovid reduces the risk of hospitalization and death!

Serbia is the first country in the world to have a new experimental drug for the treatment of coronavirus, developed by the American company “Pfizer”, which reduces the risk of hospitalization and death in patients whose health is already endangered by 89%, the Minister of Health announced today Zlatibor Lončar.

He told Javni servis that an agreement had just been signed with “Pfizer” on the distribution of the medicine to Serbia, and that our country was the third in the world to sign it, and the first to have it in use, reports Tanjug.

Loncar explained that the drug blocks the enzyme needed by the coronavirus to multiply, and the result is that both mortality and hospitalization are reduced by 89 percent.

Loncar says that the vaccine, however, is still the primary weapon in the fight against the virus.

“We are not fighting to get to the stage where someone gets sick and to be treated, but we are fighting to prevent that from happening at all, but to get people vaccinated and not to get to the stage of having to use any medicine at all. “And this is some of our responsibility as a state and the success of the state that we promised and that we are fulfilling,” said Loncar.

He states that all those who violate the Law will be held accountable, including the doctors who recommended “Ivermectin”, but also those who sold it.

“I promised that the state would react to everything that violates the law and rules of this state, not only against those doctors who recommended” Ivermectin “but also against pharmacies because we found pharmacies, people reported pharmacies that sold that “The inspection went into them and we found a bunch of prescriptions on which Ivermectin was prescribed, a drug that must not be prescribed, that must not be used,” Loncar said.

The Minister tells the citizens to adhere to the official medicine and the attitudes of the Faculty of Medicine, because, as he says, this is the only way he will not make a mistake.