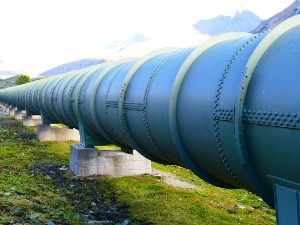 Fuel for BiH supplied due to Serbia

The statement emphasizes that the company “Srbijagas” provided emergency quantities of gas from Hungary, as well as that in the afternoon, after a long process of lobbying in the building of the Government of FBiH, part of the gas was released to BiH.

“In the gas system, the pressure is slowly rising, we already have information that larger quantities of gas are arriving at measuring stations in Zvornik. In the late evening and early morning hours, we expect 300,000 cubic meters of gas, while in the coming days we can expect complete normalization of gas supply to BiH,” he said. is the director of “Sarajevogas” Edis Baković, RTRS reports.

Baković says that gas loans between countries that border are not an unusual practice among suppliers, and it is applied when one of the neighboring countries has a surplus or shortage of that energy source.

A pipeline failure in Vetrino in eastern Bulgaria occurred early this morning.

The gas pipeline to Romania is mostly operational, and the works on the pipe going to Serbia or BiH are still ongoing.