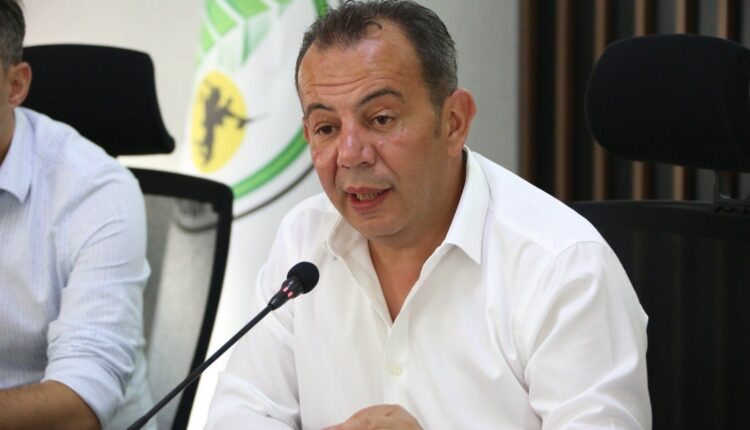 Tanju Özcan, the controversial mayor of the northern Turkish province of Bolu, has defied calls to reinstate his anti-refugee policy and plans to worsen the plight of Syrian refugees in the province.

Özcan announced on Monday that he would propose to the city council a motion to charge ten times the water bill for “foreigners” with reference to refugees from neighboring Syria. Özcan, who was elected mayor by the opposition Republican People’s Party (CHP) in 2019, drew the ire of human rights organizations for stopping aid to refugees.

Özcan came under fire on social media for being “populist” and “fascist” and some even called for a racial discrimination complaint against him.

The Turkish Agency for Human Rights and Equality (TIHEK) said late Monday that Özcan’s remarks had been followed closely.

“Our institution, whose task it is to secure the right to equal treatment by focusing on human dignity, to prevent discrimination in the use of legal rights, freedoms and actions in accordance with the relevant principles, follows the statements made under Act No. 6701 of the Human Rights and Equality Institution. “

The Ankara MP of the ruling Justice and Development Party (AK Party), Emrullah Işler, also criticized the statements: “I am ashamed to hear the racist and provocative words of CHP Bolu Mayor Tanju Özcan against Syrians. It is our humanitarian duty to help those in need and to share our bread. “

Mehmet Bekaroğlu, Istanbul MP ​​for the largest opposition party, the CHP, wrote on Twitter on Monday that “this mentality is not only against the constitution, but also against conscience and humanity”.

“CHP is a social democratic party, its program does not include xenophobia, it will never accept such an initiative that smells like hate speech,” he said.

CHP deputy chairman Seyit Torun, who is in charge of local government, said Tuesday that the beginning of these discussions about withholding a fundamental right such as water conflict collides with the party’s politics. “The red line of our party is that nobody is discriminated against or mistreated because of their ethnicity or religion.”

Meanwhile, Ilay Aksoy of the Good Party (IP), known for its anti-refugee attitude, has praised Özcan’s words. “I sincerely congratulate Bolu Mayor Tanju Özcan. We expect the same seriousness and determination from Istanbul and Ankara. “

Özcan continued to defend his words on Tuesday, saying: “I stand behind everything I have said.”

Özcan said they would also “foreigners” tenfold on the garbage tax levied by the community. The decision, which requires the approval of the assembly, affects all foreigners in the city, but Özcan’s displeasure is particularly directed against Syrian refugees, who are a minority in the province.

The proposal will be discussed in the meeting next week. Representatives of Özcan’s party and CHP ally IP make up the majority in the assembly, five more than members of the AK party and its allies, the Nationalist Movement Party (MHP).

The mayor said he was doing it so that “foreigners” would go. “You have exceeded your reception. If I had authority, I would use community officials to forcibly kick them out, ”he said, recalling that when Turkey briefly opened its borders with Europe, he gave free buses to refugees.

“Let them sue me. I openly state the reason for my decision, ”said Özcan, a lawyer. “I’m not hiding anything and I know that following this decision, the community will be subject to an investigation by inspectors (from the Home Office). I know people will be filing complaints against me. I know people talk about human rights and call me a fascist. I just don’t care, ”said Özcan defiantly.

The decision comes amid rising anti-refugee sentiment among opposition party supporters, fueled by an alleged influx of Afghan migrants into the country, with increasing numbers of people fleeing the Taliban in the Central Asian country.

With around 3.8 million, Turkey is home to the largest Syrian refugee community in the world. Through charities and funds from abroad, Turkey is looking after refugees as the war in neighboring Syria seems to be no end in sight.

Refugees are widely accepted by the public, but opposition parties often seek to foster xenophobic, anti-refugee discourse. CHP leader Kemal Kılıçdaroğlu repeatedly promises to “send back” Syrians to their homeland if his party wins the elections.