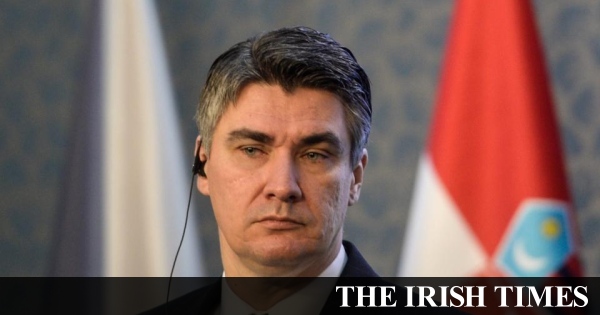 Croatia’s prime minister has canceled a trip to Serbia after a UN tribunal tried a Serb nationalist for alleged war crimes.

Zoran Milanovic was due to visit Belgrade on December 16 to meet executives from Central and Eastern Europe and China.

The Hague-based UN war crimes tribunal released Vojislav Seselj on health grounds before reaching a verdict in his trial for atrocities in Croatia and Bosnia during the breakup of the former Yugoslavia.

Mr Seselj, who has cancer, was released after almost 12 years in prison.

After his return to Serbia on November 12th, Seselj was celebrated as a hero at a rally of around 5,000 supporters.

Earlier, he said he still believes in the “Greater Serbia” idealogy that fueled the wars in Bosnia, Croatia and Kosovo two decades ago.

His release and the subdued response from Belgrade officials angered Croatia, which waged a war of independence with its rebel minority heirs from 1991 to 1995.

“The Prime Minister has canceled [his trip] and that has to do with Seselj, ”said a government spokesman.

She said she would urge European Union leaders to ask the Serbian authorities to distance themselves from Seselj’s statements.

Cameras seize Miloš’s bear in the course of the evening: He awakened from hibernation, LOOK AT WHAT HE DID FIRST / PHOTO /

Eight many years for the reason that institution of the Jasenovac camp – unpublished testimonies (3): “Look” earlier than liquidation