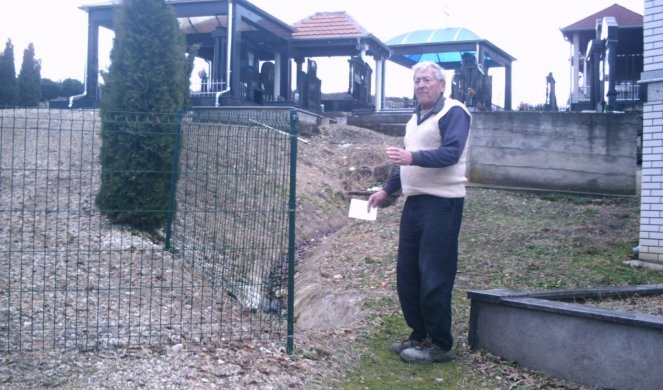 At the invitation of the resident Siniša Milićević from Krvavica, we visited a rich village of entrepreneurs with about 200 households and over 800 inhabitants, near Kruševac.

Here, almost everyone forgot about the fear of the infernal screamer, who one night a few years ago appeared in the bloody Kusji potok, so the locals killed him and buried him with a rifle. The fear of monsters is nothing compared to the fear of how they will bury the dead. Five or six people are currently dying in the village, and the villagers of Krvavica cannot reach the grave sites they bought in the morning next to the cemetery, from the property owners Zorica and Zorana Milenković.

It turned out that people had been buying grave sites from the same owner for years, and no one cared about the way to the graves where they buried their loved ones.

The locals asked, they say, to buy the land for the road near the graves, but the owner of the property, they say, raised an enormously high price, so a piece per one acre goes for a thousand euros. The locals thought that the owner would not cause them a problem, but these days she plowed a field near the grave sites and dug a canal with a skipper so that no one would pass there anymore.

SHE DIDN’T APPEAR AT ARKAN’S MEMORIAL, and everyone was expecting her! The illegitimate daughter revealed WHY she did not come to her FATHER’S TOMB 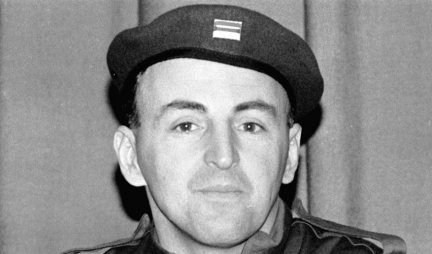 HIDE TEARS BEHIND GLASSES! Commemoration of Zeljko Raznatovic ARKAN – Ceca and children came to the cemetery, and then HE APPEARED / PHOTO / 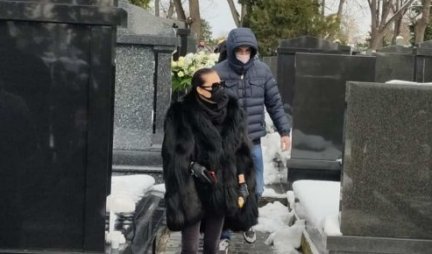 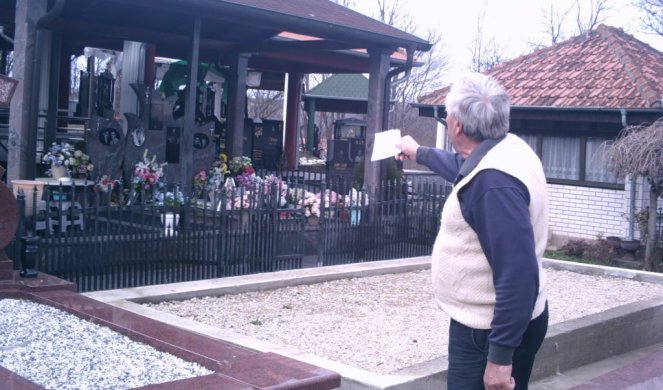 He shows us a paper with the signatures of witnesses that he bought a 4.5-square-meter piece of land from Zoran and Zorica Milićević on July 22, 2007 for a grave site for 500 euros.

– That job of selling graves lasts for almost 50 years, and no one controls it, not even who pays taxes to the state – claim Zoran.

– Here, this Maksimović Miroslav, when his wife died, they deliberately dug a canal to the tomb. His wife died, his sisters got married, his mother is 92 years old, so he asked for advice from the Protector of Citizens, the man doesn’t know what to do, he hired a lawyer, but nothing is being resolved yet. The communal police went out on the field, but the municipality gave money to solve the problem of the landslide that carries the road at the foot of the cemetery, and how to get the locals to the graves of their loved ones now, or how to bury them tomorrow.
people who die, no one even thinks about it – we feel sorry for Siniša Milićević. 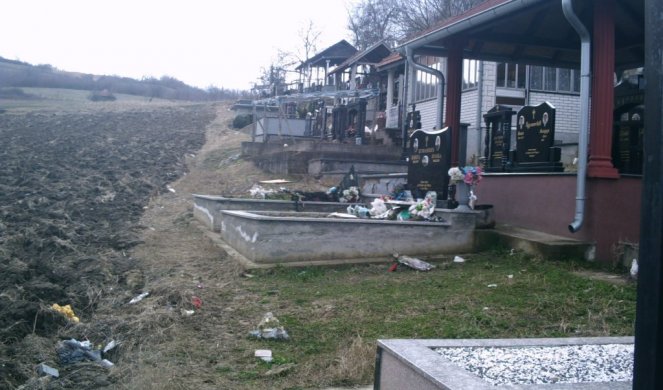 The old man has entered the age of 74 so he worries. He says there are currently five to six critical people in the village, among others
to which one man whose leg was amputated.

– How can we bury him tomorrow, because not even a pedestrian can come here. The only thing is to look for a helicopter, or to go far away, butcher the dead man and bring him to the funeral in a package, in parts – the story is like an antiquity in itself, while we go through a plowed field near grave sites, patterned in the morning, on mud because there is no road here.

We ask him if this problem can somehow be solved by agreement, and he answers in the negative.

– We tried to solve it, to agree, we were ready to buy a piece of land for the trip, but the owner no longer allows it. She stopped the further birth of grave sites, so the two excavated graves on the other side of the field remained lonely. 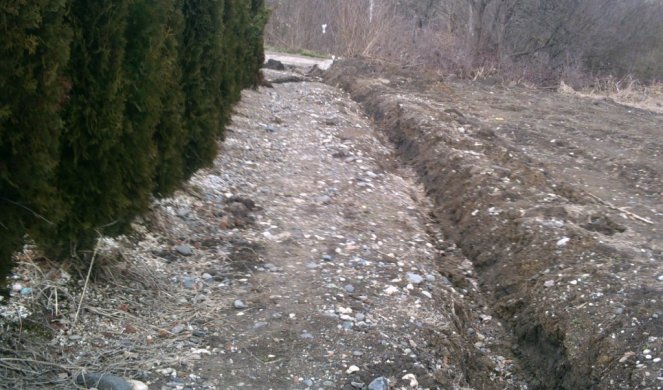 – See how big this gap is. Women and children cannot pass here. We have to go over the graves or wait for the dispute to be resolved in court – says Siniša.

To all the trouble, a landslide appeared

But, for the residents of Krvavica, it is not only a problem how to approach the grave sites, which were bought and buried by their loved ones, but a landslide appeared at the foot of the cemetery on the village road. The water that springs from the cemetery makes a stream across the road, and the landslide increases day by day, threatening to overwhelm one house, below the hill. 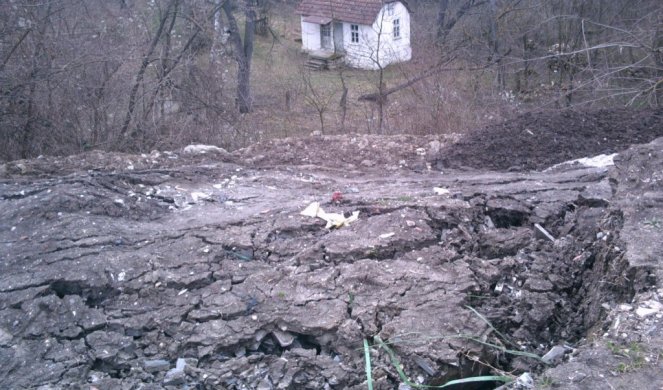 We asked the president of the local community of Krvavica, Ivan Markovic, what could be done, and he said that he would do everything he could to solve it, but the problem is that the locals bought the graves from the property owner, no one thinking about the road to private property. those grave sites. If it was owned by the state, then the state authorities could and should react – Ivan tells us. 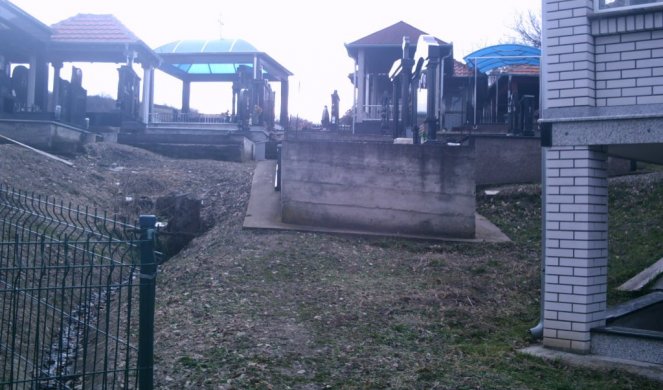