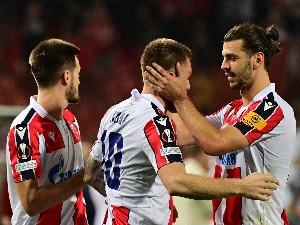 Some media announced earlier today that the Red Star goalkeeper Milan Borjan was positive for coronavirus and that he was admitted to the hospital, but Ljutica Bogdan announced that Borjan has a different health problem.

They point out that they will collect the necessary documentation and send it to the Super League Community in order to postpone the match with Voždovac.

The city derby between Crvena zvezda and Voždovac at the “Rajko Mitić” Stadium is scheduled for Thursday at 7:55 p.m.

Matches of football players Radnički from Niš with Metalac and Radnik with TSC they have already been postponed due to the illness of a large number of players.

Miljana Kulić has returned to Niš and isn’t separating from her son Željko, and her message is touching!