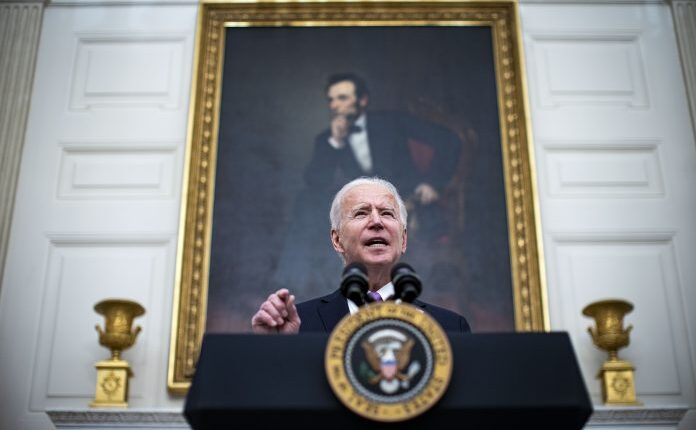 During the 1990s, US President Joe Biden called Croatia’s first president, Franjo Tudjman, a factor of instability in the Balkans.

This is confirmed in the transcripts of the debates in the US Senate.

According to Index, he called Tudjman an authoritarian bandit and a greedy powerful man.

Although Biden had a clear position, above all, as he claimed, on Serbian responsibility for all conflicts in the former Yugoslavia, and although he was among the first to speak in the Senate about Milosevic’s responsibility for aggression in Croatia, he believed that Tudjman did not belong to the right side of history.

Thus, in 1997, he sent a request to suspend the World Bank loan to Croatia. In his explanation, he asked Croatia to prosecute its war criminals and wrote:

“The terrible wars in Bosnia and Croatia from 1991 to 1995 had many complex causes. One of them was the poorly concealed desire of Serbian President Milosevic and Croatian President Tudjman to divide BiH. “

He then called Tudjman a “greedy powerful man”.

– He knowingly pampered the accused war criminals, despite the obligation towards Dayton to hand them over to the International Court in The Hague – Biden spoke about Tudjman.

“The fact that Tudjman refuses to hand over the accused who live in Croatia is an insult to civilized people everywhere and a slap in the face to the United States who mediated in the signing of the Dayton Agreement,” he said.

In addition to not prosecuting war criminals, Biden also accused Tudjman of preventing the return of the Serb population.

– These illegal individuals rejected all international attempts to integrate Mostar and resorted to deadly violence against Muslims – he said, Novosti reports.

He regularly spoke against Tudjman in the Senate during the 1990s. Thus, in May 1997, he said:

“Currently, we have a situation in Croatia in which the president is very ill. He is, to put it mildly, powerful and everything that goes with that description. He’s a guy who’s not a box of chocolates. ” On that occasion, he called Tudjman an authoritarian bandit who will do everything to “torpedo Dayton”.

In July 1999, during a discussion on the prospects for democracy in Yugoslavia, Biden said: “The difference between Croatia and Tudjman, who could very well be indicted for war crimes, and Serbia and Milosevic is that in the case of Croatia we have serious resources for impact. Croatia wants to become a member of NATO, part of the EU and the West. Milosevic does not want Serbia in the West. “

In a speech in September 2000, Biden said that Tudjman was made of the same material as Milosevic.

– He is an aggressive, anti-democratic leader. The only reason why I advocated help in rebuilding his army was that, unlike Serbia, Croatia did not pose a great threat to the region – Biden said.

Bosnian Serb well being employees get COVID-19 jabs in Serbia