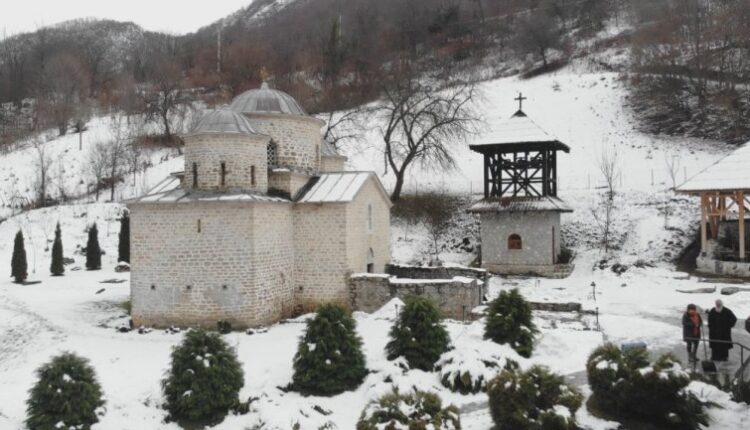 The relics of THREE DESCENDANTS OF THE NEMANJIĆ VINE are nonetheless on this shrine at this time! The Davidovica Monastery is the ONLY one in SERBIA devoted to the Epiphany of the Lord! /Photograph/

“Three descendants of the Nemanjić family are buried in the temple, the prefect Dimitrije who is the founder of the monastery, later in monastic life was named David, and his remains are inside the temple. Then his son Vratislav under whose right upper arm were found falcon bones, which assures us that he was a knight and that he was buried with him. A special place in the foundations of the temple has the grandson of the prefect Dimitrije, Vratko, popularly known as Stari Jug Bogdan, the great commander at the court of Dušan the Strong with whom he went to great conquests. “, Nektarije’s father, the guardian of the temple near Brodarevo, told RINA.

Rina Built on the foundations of a Roman basilica

The Davidovica Monastery is one of the few monasteries that has a preserved contract and date of construction, along with the Milesevo Monastery and Pribojska Banja in the Middle Ages, it was a pillar of the development of the Serbian church and state.

“Thanks to the contract that is preserved in the historical-Dubrovnik archives, we have accurate data on the construction, and other monasteries do not have that and rely on traditions. The Davidovica monastery was founded on August 30, 1281, in that contract it says that the monastery itself was built for 150 solida in gold, which was then worth 15 good horses.Considering that this monastery is related to the Nemanjic dynasty, it has great historical value, but unfortunately it suffered the fate of many because it was destroyed and was in such a state until 1998 when it was renewed and consecrated by Patriarch Pavle “ said Nectarios. 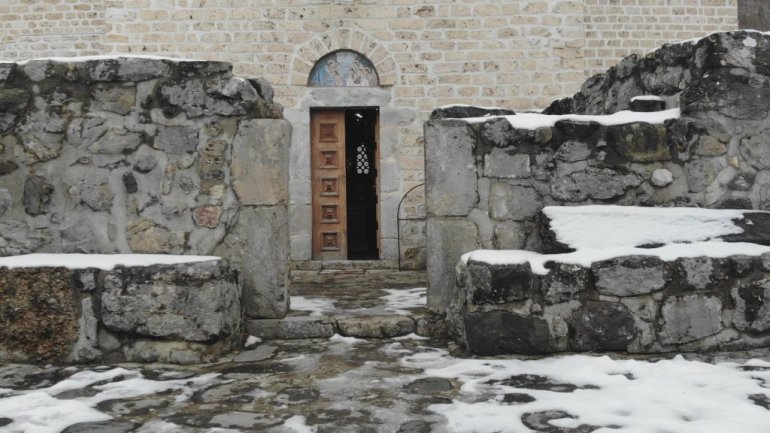 Rina After its publication in 1998, the temple was consecrated by Patriarch Pavle

(PHOTO) SAINT JOHN OF RUSSIA, KEEPS THE SERBIAN BROTHERS: The icon of a saint in the uniform of the Yugoslav Army TESTIFIES A MIRACLE FROM THE TIME OF NATO AGGRESSION! 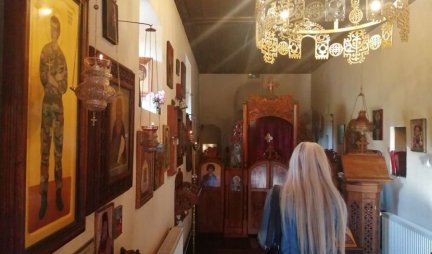 THE MOST MYSTERIOUS SERBIAN MONASTERY! No one can explain the two frescoes – EVERYONE IS BAPTIZED BY MIRACLES when they look at them! 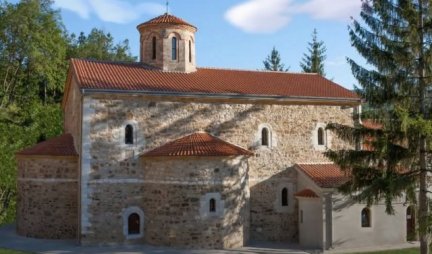 “Today, very few believers decide to visit the Davidovica Monastery, given that the church is located between two large temples and the Gostun border crossing, especially if they wait several hours to cross, all this makes it difficult for tourists and believers to arrive except passers-by.”, concluded Nectaria’s father. 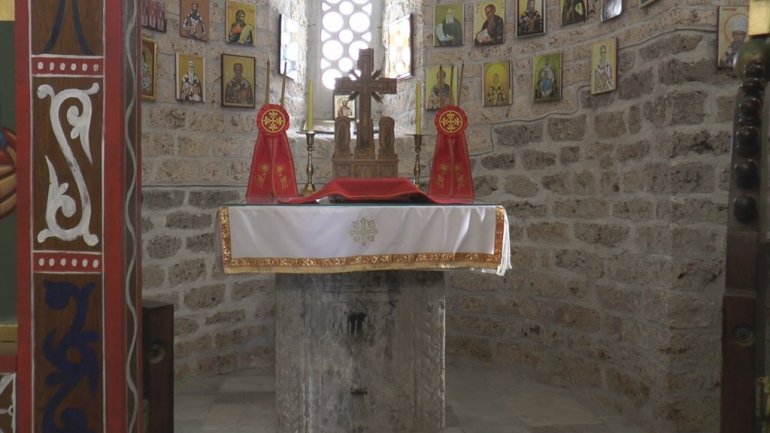 Rina Roman table inside the church

The renovation of the temple took about two years, but there is still a lot to be done, a narthex from the 16th century, which contains tombstones older than Nemanjić. 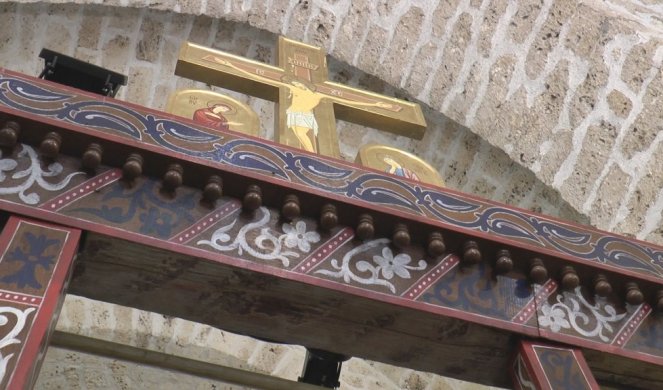