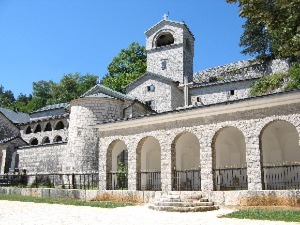 Yesterday, the Government ordered the Administration for Cadastre and State Property to implement the decision made in 2005 without delay and to enter the state in the list of real estate for the Cetinje Monastery instead of the city of Cetinje.

Also, they were ordered to enter a note of alienation and encumbrance in the list of real estate.

The Government made such a decision the day before the session of the City Assembly of Cetinje, at which it is planned to discuss the initiative of the citizens to return the monastery to the hands of the unrecognized Montenegrin Orthodox Church.

The Administration for Cadastre and State Property has already acted on the conclusion of the Government and registered a ban on alienation on all buildings and plots used by the monastery of St. Peter.

“Acting according to the Conclusions of the Government of Montenegro, the Directorate for Cadastre and State Property of the Cetinje Municipal Unit recorded the alienation and encumbrance in the” G “list of the real estate list in question,” reads the notice submitted to Cetinje Parliament Speaker Dejan Dizdar.