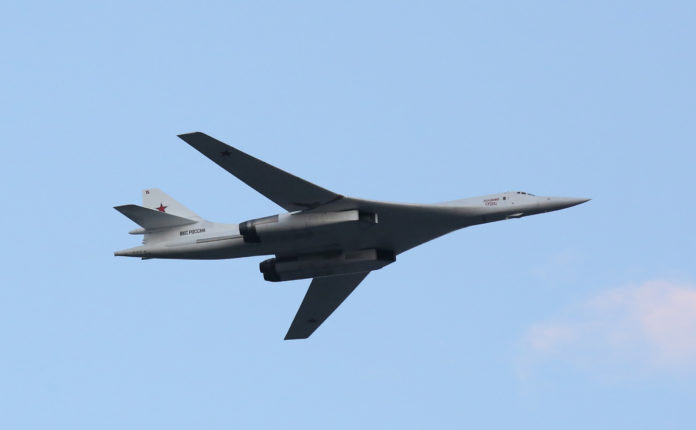 Two strategic carriers of the Tu-160 missile of the Air and Space Forces of Russia have patrolled the airspace of Belarus, the Ministry of Defense of Russia announced.

As stated, during the summer, the aircraft was covered by Su-30SM fighters of the Belarusian Air Force.

– The realization of joint activities of the air force and air defense of the armed forces of Russia and Belarus continues. Today, two strategic carriers of the Tu-160 missile of the Russian Air and Space Forces conducted a patrol in the airspace of Belarus, during which the covering of the Su-30SM fighters of the Air Force of Belarus was practiced – it is specified in the announcement.

The flights were performed in order to ensure the military security of the Federal State of Russia and Belarus and are not directed against third countries.

All the planes returned to the bases, it was specified in the announcement of the army.

It is also emphasized that a high level of interaction between Russian and Belarusian crews was recorded during the entire summer, which lasted four hours and 36 minutes.

During that time, strategic rocket launchers covered more than 3,000 kilometers.

KHN’s ‘What the Well being?’: Why Well being Care Is So Costly, Chapter $22Okay