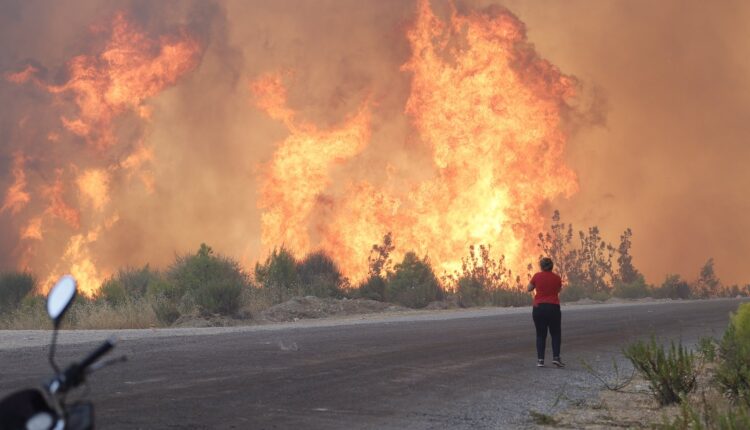 An eyewitness alleged that AY, a suspect arrested for setting up forest fires in the Akseki and Manavgat districts of southern Turkey’s Antalya Province, was paid for by strangers to be involved in the arson. An eyewitness report published by Turkish media says the suspect told her he “went through the forest by pouring gasoline to the left and right.”

The as Ö.T. The eyewitness identified was the man’s girlfriend and produced a voice recording that implicated him in the fires.

The forest fire, one of the first major fires in Antalya in July, was contained after weeks of efforts and claimed three lives. It completely devastated thousands of hectares of land.

Ö.T. said in her testimony that she recorded her conversation with the suspect on her cell phone and that he told her that he started the fire after someone paid him $ 147 (TL 1,250). He also told her that if he was caught, he would not tell the police and tell them that he did not remember starting a fire and that he was a drug addict. The man who paid the suspect also worked for someone else, as the suspect confessed to his girlfriend, but didn’t know who he was working for.

The eyewitness report raised suspicions that the forest fires, which devastated a large region and broke out one after the other, could be linked to the terrorist group PKK, although the terrorist link is still unclear. For his part, AY told investigators that he had Ö.Y. lied. when he told her that he had started the fire and just wanted to “impress” her.

Investigations into the cause of the forest fires are ongoing and several suspects, including minors, have been arrested on charges of starting the fires elsewhere. In addition, a suspect was recently caught trying to set fire to bushes in a military base in the capital, Ankara. On Monday, a court accepted a separate forest fire charge in Ankara that called for at least 10 years in prison for deliberately starting the fire at Ataturk Forest Farm. The fire in the historic farm on July 25th damaged an area of ​​around 5 hectares.

THE PEOPLE FROM ČAČA ARE EXPECTING COLD DAYS! The issue of water loss from the heating system has not been solved but, SOMEWHAT IS LEAKING SOMEWHERE ?!