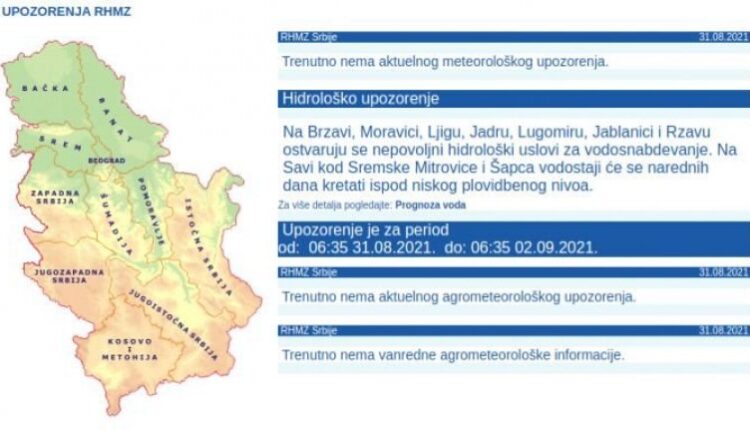 SPLAS ARE COMING TONIGHT! THUNDERSTORMS WILL HIT in these elements of Serbia, RHMZ issued a warning!

– In the next two hours in the Zlatibor district, rain or short-term showers with thunder – it is written in the announcement of RHMZ.

– In Brzava, Moravica, Ljig, Jadra, Lugomir, Jablanica and Rzava, unfavorable hydrological conditions for water supply are being achieved. On the Sava near Sremska Mitrovica and Šabac, the water levels will move below the low navigation level in the coming days. – reads the warning.

Tomorrow, partly cloudy and slightly fresher weather is expected, dry in the northwest, in other parts with occasional short-term rain or showers.

Later in the afternoon and evening, the precipitation stopped, and then gradually cleared.

Wind weak and moderate, in the north and east of Serbia occasionally strong, northwest and west, weakening in the evening.

I need higher and I believe will probably be higher